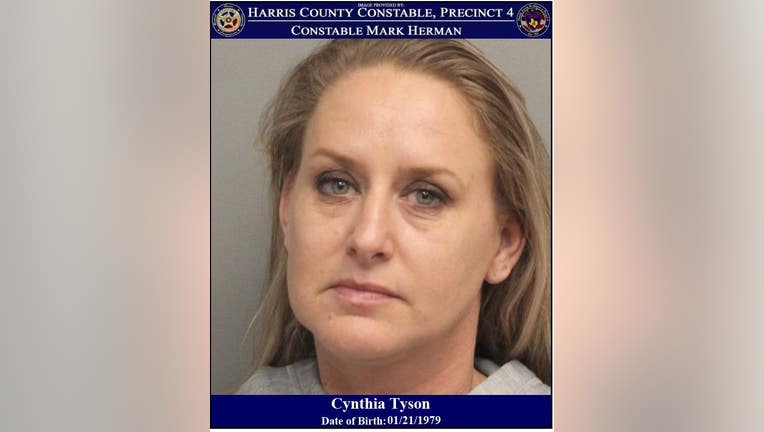 TOMBALL, Texas - A Houston woman is behind bars after authorities say she was drunk driving with a small child inside the vehicle when it crashed in northwest Harris County.

Deputies with Harris Co. Pct. 4 Constables were called out to the 23100 block of Kuykendahl for a minor car crash Thursday around 10 p.m.

Responding officers say Cynthia Tyson, 43, the at-fault driver, showed several signs of intoxication and found a small child inside the car. Her relationship with the child was not disclosed by authorities.

A sobriety test proved Tyson was in fact intoxicated, and the child was released to a guardian at the location while she was put in handcuffs.

Investigators say Tyson was also found to have a prior conviction for Driving While Intoxication.

RELATED: Chase ends after driver surrenders with baby in his hands, 3 other children in truck

She was arrested and booked in the Harris County Jail and charged with Driving While Intoxicated with a Child Passenger. Her bond and court information have not been set, as of this writing.