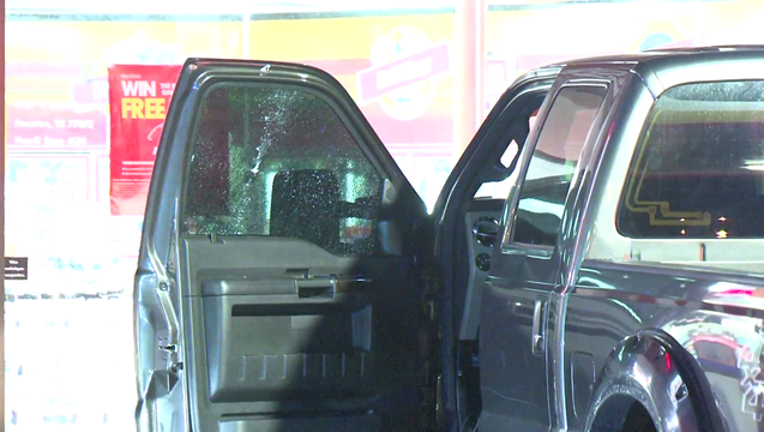 HOUSTON (FOX 26) - A driver says he was stopped at a red light when another man walked up and began firing shots into his truck. He was struck twice.

Police say the driver reported that he and his girlfriend were stopped at the light on W. Sam Houston Parkway and the Southwest Freeway around 2:30 a.m. when another man walked up out of the dark and shot into the vehicle.

The driver was shot twice in his side. He was taken to the hospital and is expected to survive. Police are looking for surveillance cameras in the area.