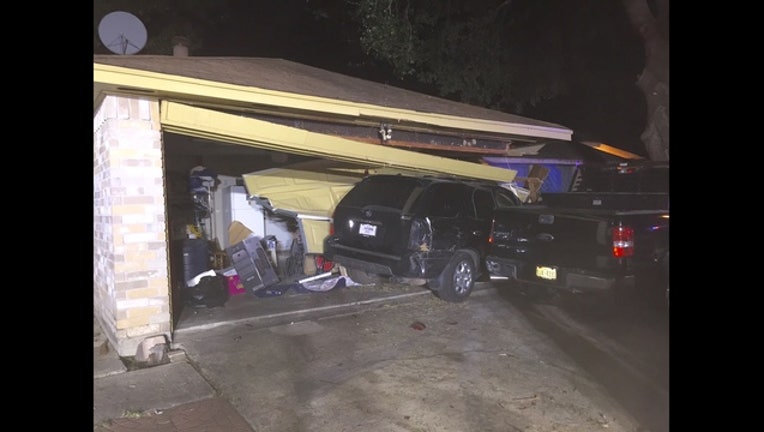 SPRING - A driver lost control, and crashed into the garage of a Spring-area home Thursday evening.

Neighbors say two cars were traveling at a high of speed. One vehicle was cutting in and out of traffic through the subdivision. The driver then lost control of the SUV, hitting the garage.

The driver was transported to an area hospital by Cy Creek EMS.

Witnesses says the vehicles were doing 100 mph when the one hit the home.

In addition to damaging both cars in the garage, both cars parked in the driveway were also damaged.

People were home at the time, though no one in the home was injured.