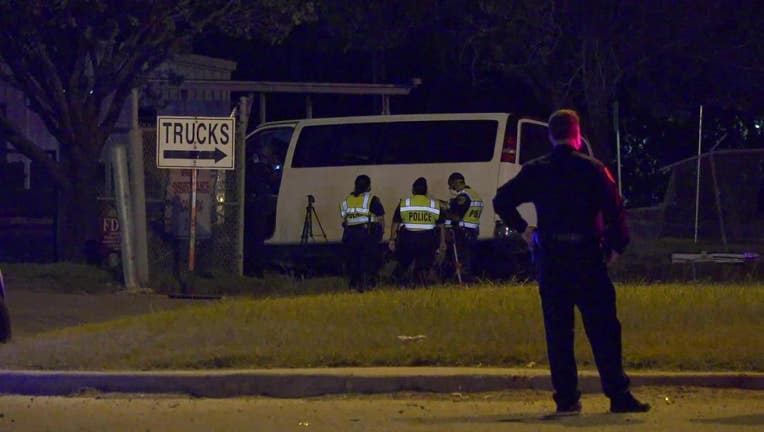 Police investigate a crash at the end of a pursuit in northeast Houston.

HOUSTON - Authorities say a suspect is facing a felony murder charge after a chase ended in a deadly crash in northeast Houston.

According to police, the chase began around 12:30 a.m. Monday after officers responded to a report of a burglary at a business in the 5100 block of Oates Road.

Police said a security guard reported that some suspects in a white van were attempting to steal a generator on a trailer. When officers arrived, police say the suspects were leaving the location with a trailer in tow.

Officers began following the suspects. At one point, the trailer came off of the van and rolled into a ditch.

The pursuit came to an end in the 10040 block of Wallisville Road. Police say the driver of the van hit a curb, lost control of his vehicle and crashed into a chain link fence.

Authorities say a passenger in the van was impaled by part of the fence. He was taken to the hospital, where he died from his injuries.

Sean Teare, Chief of the Harris County District Attorney’s Office Vehicular Crimes Division, says he accepted a charge of felony murder against the driver of the van.