A Houston firefighter was taken to the hospital after a car slammed into an HFD station.

HOUSTON - A Houston firefighter was taken to the hospital after a suspected intoxicated driver crashed into a fire station.

According to the Harris County District Attorney’s Office, the driver of the car is charged with driving while intoxicated.

The crash occurred at HFD Fire Station 18 at around 10 p.m. Wednesday. The car slammed into the wall of the fire station and went into the lounge area.

The fire department says several firefighters had just been in that room moments before the crash, but they cleared out when they were dispatched to a call. 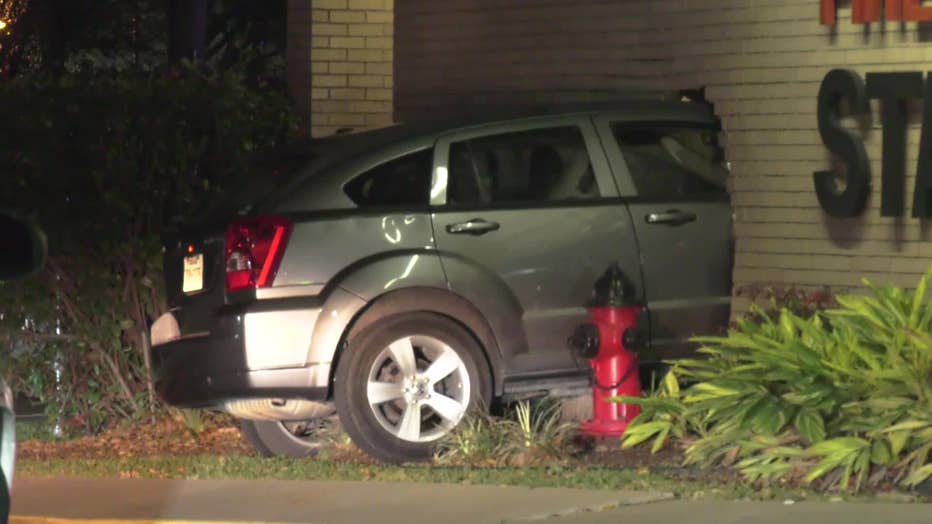 A car crashed into HFD Fire Station 18, injuring a firefighter.

One firefighter who remained at the station was injured. Officials say the firefighter was possibly injured by a falling refrigerator and sustained a head injury, possibly a concussion. The firefighter reportedly lost consciousness briefly but is now said to be awake and alert at the hospital.

According to the district attorney’s office, the driver of the car could face additional charges.