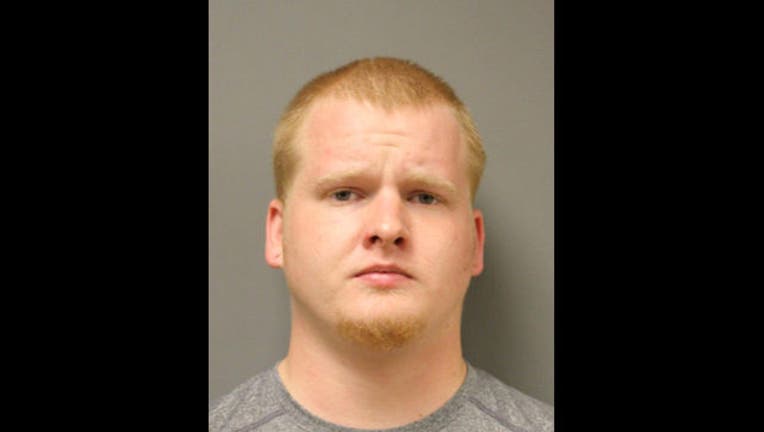 The driver of an SUV that struck an 18 wheeler, smashed through a guardrail and flipped off highway 225 East at Hwy 146 in La Porte on Wednesday has been charged with intoxication assault.

22-year-old Dalen Paul had a blood alcohol concentration of .343 at the time of the accident.

On Wednesday, September 16, 2015 at approximately 1:37 p.m., Deputies with Harris County Precinct 8 Constable Phil Sandlin's Office were dispatched to the 11900 block of State Highway 225 for a major accident involving a vehicle that reportedly struck an 18 wheeler, left the elevated roadway, and landed on the ground below.

Subsequent investigation into the accident by our Reconstruction Team revealed that a silver Chevrolet
HHR, driven by 22-year-old Dalen Paul, was traveling eastbound in the 11900 block of SH 225 approaching theconnector ramps for State Hwy 146 northbound and southbound. It is believed Mr. Paul made an unsafe lane change to the right in an attempt to pass a blue Kentworth truck tractor. The HHR, driven by Mr. Paul, made contact with the crash barrels in the safety zone area of the roadway and became airborne. Mr. Paul's vehicle rotated as it then struck the cab of the truck in the top left front area, shearing off the cab just above the dashboard. Mr. Paul's vehicle then deflected off of the truck tractor, still in the air, and over the jersey barriers and 31' 5" to the ground below.

The driver of the truck was seriously injured in the accident but is expected to survive. Mr. Paul was transported to Bayshore Medical Center for medical treatment for his injuries and was released late this evening.

The investigation revealed that Mr. Paul had a blood alcohol concentration of .343 and he has been charged with Felony Intoxication Assault. He was taken into custody upon his release from the hospital and was booked into the Harris County Jail. His bond has been set at $10,000.