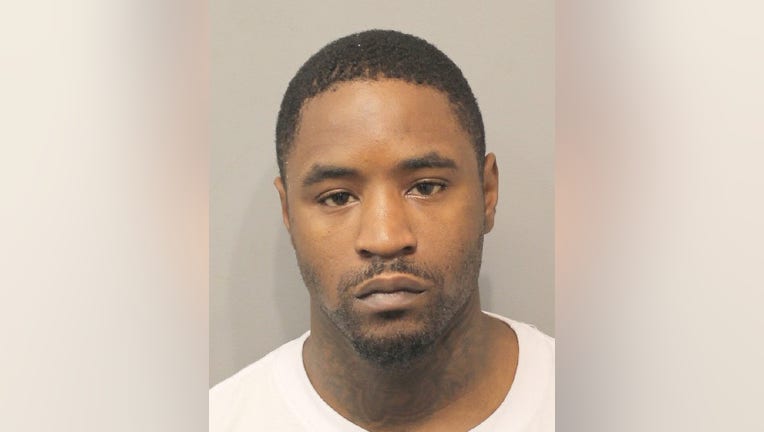 HOUSTON - Detectives have arrested and charged a suspect in the deadly shooting earlier this month that left one man dead and another injured in Acres Homes.

Corey Johnson, 28, is charged with capital murder for the shooting that killed Theodore Lane, 38, and wounded Stanley Nealy, 41, during a home invasion on Nov. 8.

Houston police say two armed men went into a home on the 6800-block of Utah and shot two men who were inside in the head.

MORE: One person dead, one injured in Acres Homes shooting, 2 suspects on the run

Deputies with Constable Mark Herman's Special Operations Unit and K9 Division responded to a call on Friday about Johnson being seen at a motel in the 16500-block of the North Freeway.

Upon arriving, Constable Deputies set up a perimeter around the location and approached the room where the suspect was last seen.

A woman opened the door and said Johnson was not inside the hotel room.

But after a search with a Constable Canine, Johnson was found hiding in the cabinet under the bathroom sink.

The canine subdued Johnson, leaving a bite mark on his right leg. Johnson was transported to a local hospital for minor injuries sustained from the dog bite.

Johnson and Charles were arrested and booked into the Harris County Jail.

Johnson was booked in on the Capital Murder and Aggravated Robbery warrant. He received no bond.

Charles was charged with Hindering Apprehension with her bond set at $2,500.00.

Anyone with information on the second wanted suspect is urged to contact the HPD Homicide Division at 713-308-3600 or Crime Stoppers at 713-222-TIPS.