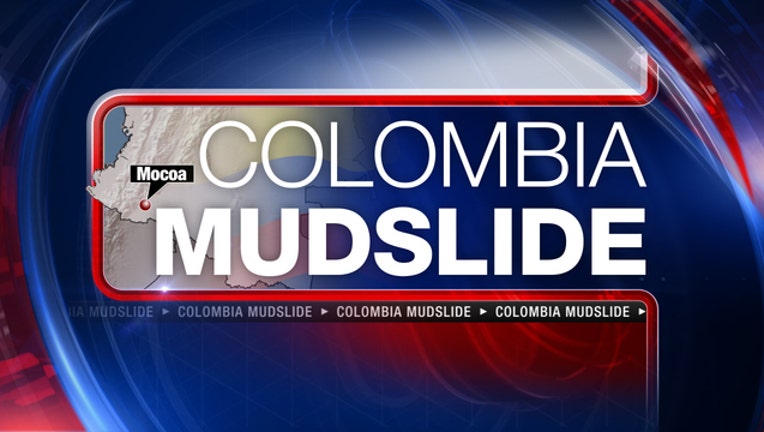 MOCOA, Colombia (AP) - People in a small city in southern Colombia searched desperately Sunday for loved ones after heavy rains sent floodwaters, mud and debris surging through homes, killing at least 207 and leaving many injured or missing.

The streets of Mocoa were covered in thick sand, mud and tree limbs from the rivers and forest that surround the city. There was little drinking water and no power, which forced authorities to suspend the search and rescue effort during the night.

President Juan Manuel Santos, who has declared Mocoa a disaster area, said that at least 207 were killed but that the death toll was changing "every moment." Authorities said another 200 people, many of them children, were injured and just as many were unaccounted for amid the destruction.

Throughout Mocoa, people dug through the ruins, salvaging what they could of their possessions and looking for the missing. Dozens of people were in the door of a hospital looking for family members who were not on the list of those confirmed injured or dead. Others frantically knocked on the doors of neighbors, hoping to find someone with information about their relatives. Search and rescue teams also combed the rubble for signs of life.

"People went to their houses and found nothing but the floor," said Gilma Diaz, a 42-year-old woman from another town who came in search of a cousin.

The devastation was caused by intense rains that caused the rivers that surround Mocoa, a city of about 40,000 nestled amid forested mountains, to overrun their banks. Muddy water and debris quickly surged through the city's streets, toppling homes, ripping trees from their roots, lifting cars and trucks and carrying them downstream. Many didn't have enough time when the floods struck before dawn to climb on top of their roofs or seek refuge on higher ground.

Juan Chanchi de Ruiz, 74, said the noise of the surging flood woke her up and gave her enough time to get to higher ground. Her house wasn't damaged but the homes of several neighbors were heavily damaged and many people were fleeing with their belongings as the river water remained high.

"Around here, there's nobody. Everybody left," she said.

Authorities and residents in the city tucked between mountains along Colombia's southern border spent Saturday tending to victims, trying to find homes on streets reduced to masses of rubble and engaged in a desperate search to locate loved ones who disappeared in the dark of night. Authorities expect the death toll to rise.

Eduardo Vargas, 29, was asleep with his wife and 7-month-old baby when he was awoken by the sound of neighbors banging on his door. He quickly grabbed his family and fled up a small mountain amid the cries of people in panic.

"There was no time for anything," he said.

Vargas and his family huddled with about two dozen other residents as rocks, trees and wooden planks ripped through their neighborhood below. They waited there until daylight, when members of the military helped them down.

When he reached the site of his home, nothing his family left behind remained.

"Thank God we have our lives," he said.

Herman Granados, an anesthesiologist, said he worked throughout the night on victims. He said the hospital didn't have a blood bank large enough to deal with the number of patients and was quickly running out of its supply.

Some of the hospital workers came to help even though their own relatives remained missing.

"Under the mud," Granados said, "I am sure there are many more."

Santos blamed climate change for triggering the avalanche, saying that the accumulated rainfall in one night was almost half the amount Mocoa normally receives in the entire month of March. With the rainy season in much of Colombia just beginning, he said local and national authorities need to redouble their efforts to prevent a similar tragedy.

The crisis is likely to be remembered as one of the worst natural disasters in recent Colombian history, though the Andean nation has experienced even more destructive environmental catastrophes. Nearly 25,000 people were killed in 1985 after the Nevado del Ruiz volcano erupted and triggered a deluge of mud and debris that buried the town of Armero.

As rescuers in Mocoa shifted through debris, many residents were conducting their own searches for lost loved ones.

Oscar Londono tried in vain throughout the night to reach his wife's parents, whose home is right along one of the flooded rivers. He decided it was too dangerous to try to reach them in the dark. So he called over and over by phone but got no answer.

Once the sun began to rise he started walking toward their house but found all the streets he usually takes missing. As he tried to orient himself he came across the body of a young woman dressed in a mini-skirt and black blouse.

He checked her pulse but could not find one.

"There were bodies all over," he said.

When he finally reached the neighborhood where his in-laws live he found "just mud and rocks." Rescue workers with the military oriented him toward the mountain, where he found his relatives camped with other survivors.

"To know they were alive," he said, "it was a reunion of tears."