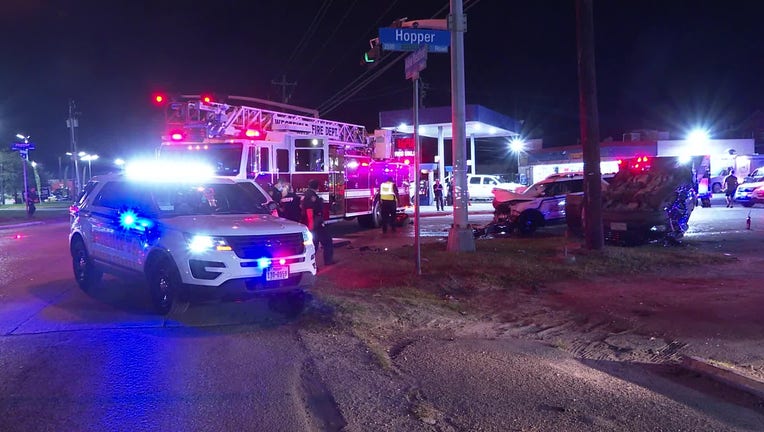 A Harris County Sheriff's Office patrol vehicle and another vehicle were involved in a crash at Hopper and Aldine Westfield.

A deputy and two women were taken to the hospital after a two-vehicle crash in north Harris County.

The crash occurred at the intersection of Hopper and Aldine Westfield around 8 p.m. Sunday.

Authorities say both vehicles had a green light, but the Equinox failed to yield the right of way while making a left turn and was struck by the patrol vehicle.

The sheriff’s office said the drivers did not show signs of intoxication.