ALASKA - "The New 93Q's" Kevin Kline is on a mission to bring awareness and raise funds for childhood cancer in an extraordinary way.

Kline is running 300 miles in freezing cold temperatures along the Dalton Highway in Alaska to symbolize what a child goes through fighting cancer and to raise funds for a cure.

The run begins November 16 at the Arctic Circle, mile 115 of the Dalton Highway, and ends in Deadhorse, Alaska on November 24.

In a backpack, he will carry the names of 2,000 courageous cancer warriors along the only highway in the United States that goes above the Arctic Circle to what he calls “the top of the world.”

Delivering hope, one frozen footstep at a time. That's what a familiar voice will be doing between November 16 through November 24, as he heads to Alaska on one of the most dangerous journeys in the world.

Kline completed another day of running in temperatures around -12 degrees.

Kline started his run for the day at 2:14 a.m. local time in Alaska. He finished another 32 miles to put him at a total of 100 miles so far.

Kevin Kline has run 100 miles so far in below-freezing temperatures and is on track of his planned schedule.

Kline started Day 4 of his run with 100 miles completed in the first three days. He completed running 35 miles up and over a mountain, along the most dangerous highway in the country, the Dalton Highway in Alaska!  He was able to pull that off in 10 hours and 15 minutes.

He completed running 35 miles up and over a mountain along the most dangerous highway in the country, the Dalton Highway in Alaska.

You can't help but wonder how it's even possible to run up an icy mountain that quickly? We met up with Kevin before he left Houston and he showed us the ice spikes he's wearing on his shoes.  "You just screw them into eight or ten places around the bottom of the shoe, so you don't slip. I actually ran there in December on a sheet of ice and never slipped once!  When you have eight extra pounds of stuff on your back, you need it lightest shoe possible," smiles Kevin.

Kevin's heavy backpack is filled with almost 2,000 names of pediatric cancer fighters. Kevin is trying to raise $200,000 during his courageous journey through his "Snowdrop Foundation" to help fight pediatric cancer. He still has about $65,000 to make that goal, and we sure hope he pulls it off.

You can follow his journey and find out how to help through: 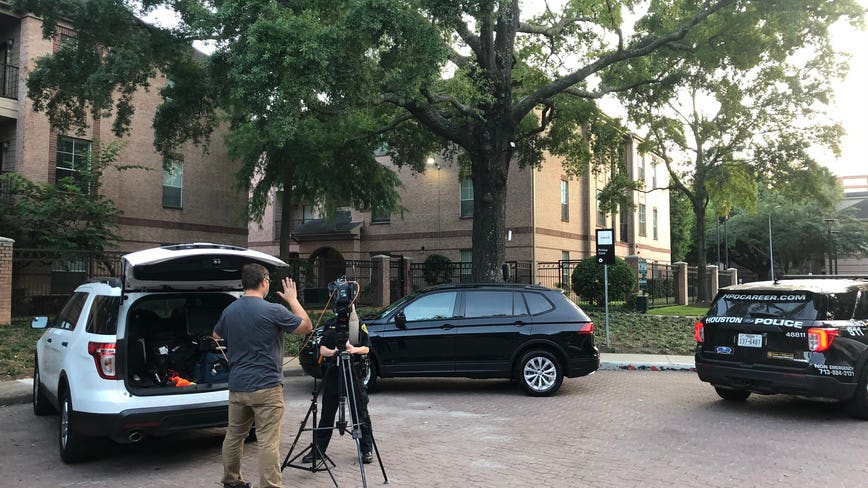