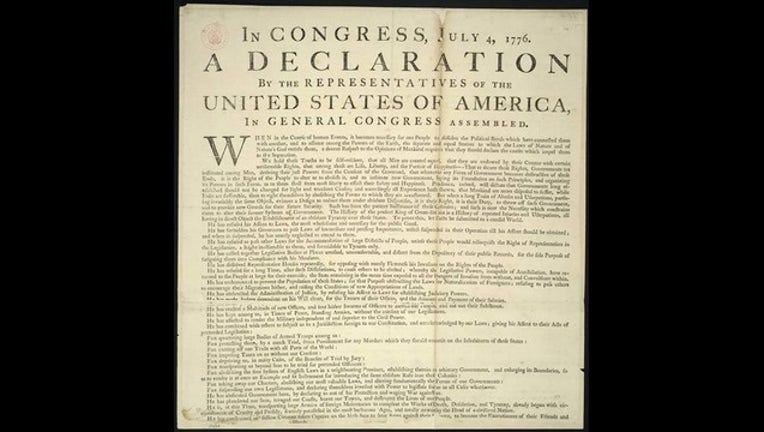 WASHINGTON, DC - National Public Radio marked the Fourth of July by tweeting the entire Declaration of Independence, but it seems some Twitter users didn't recognize what they were reading.

The broadcaster tweeted out the words of the declaration line-by-line Tuesday. Some of the founders' criticisms of King George III were met with angry responses from supporters of President Donald Trump, who seemed to believe the tweets were a reference to the current president. Others were under the impression NPR was trying to provoke Trump with the tweets.

NPR broadcast its annual reading of the declaration for the 29th straight year on Independence Day. This is the first year the tradition has been extended to Twitter.

Spokeswoman Allyssa Pollard says the tweets were shared by thousands of people and generated "a lively conversation."

So, NPR is calling for revolution.
Interesting way to condone the violence while trying to sound "patriotic".
Your implications are clear.