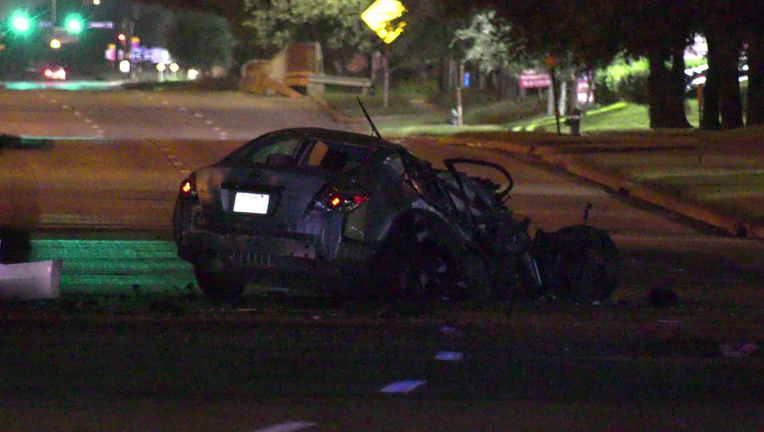 Police said it was reported that a silver sedan was traveling northbound on the West Sam Houston
Parkway South feeder road when the vehicle lost control striking trees before coming to a stop.

A male passenger was ejected from the vehicle and pronounced dead at the scene. Police said they believe the passenger is a juvenile.

Witnesses told police they saw the driver, who police said could also be a juvenile, limping while fleeing the scene on foot.