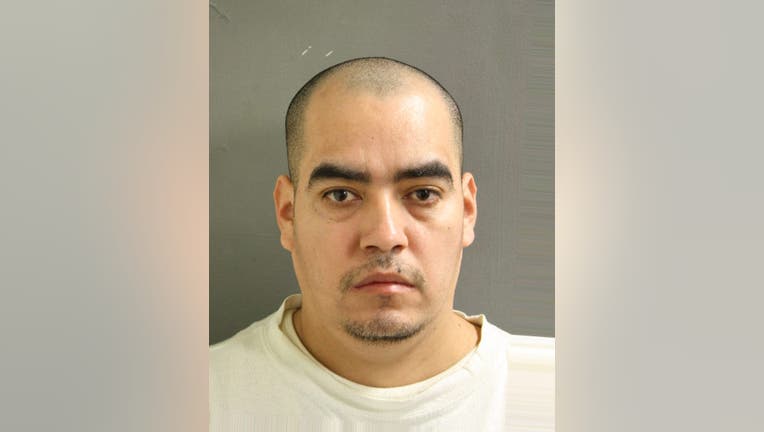 HOUSTON - An MS-13 gang member pleaded guilty to his role in the 2016 slaying of a Houston teenager who was shot more than 15 times as he sat on a park bench, the Harris County District Attorney’s Office says.

Jose Guerra Sibrian, 37, pleaded guilty this week and was sentenced by a judge to 50 years in prison.

"We will continue to hold gang members accountable for their brutal, illegal actions that terrorize entire communities," Harris County District Attorney Kim Ogg said. "Targeting a witness is a vicious crime, and we will continue to seek justice for the victims and their families."

On June 13, 2016, Sibrian and several other gang members lured 16-year-old Estuar Quinonez to Buffalo Run Park in Missouri City, because the teen had witnessed several gang-related murders, and his killers wanted to ensure that he would never talk, authorities said. The teen was shot several times.

Douglas Alexander Herrera-Hernandez, a co-defendant who reportedly admitted to calling gang leaders in El Salvador to get permission to kill Quinonez, was found guilty of capital murder earlier this year. He was sentenced to life in prison without parole.

According to the DA’s office, Herrera-Hernandez arranged to have several other gang members, including Sibrian, hide in the park, while others picked up Quinonez and took him to the park.