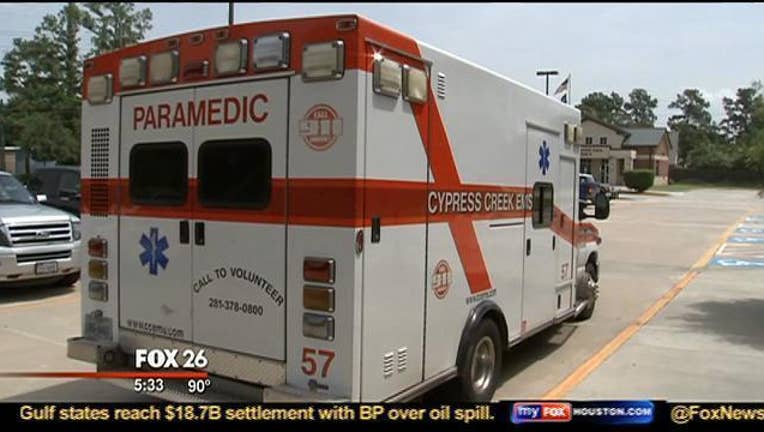 There is a battle over secrecy that could affect the ambulance service of 500,000 people in north Harris county.

Investigator Wayne Dolcefino emphasizes that number “There are 500 thousand taxpayers between Tomball and Spring, that have a fundamental right to see how their money is being spent.”

At a meeting with Emergency Service District 11, Cypress Creek EMS, refused to turn over its financial records to the public. Investigator Wayne Dolcefino has been fighting for the release of those records for a year.  He's asking Cy Creek EMS to allow the taxpayers to see who they hire, what they pay them, and where those tax dollars are being spent.

Dolcefino says, “The Cypress Creek EMS refuses to tell the public who they're paying. Is that the silliest thing you've ever heard of?”

Residents in Spring and Tomball rely on this service, but the agency that has a $20 million budget, isn't budging.  The only concession they made is to allow the commissioners alone to view just the payroll records, that’s a far cry from the goal of public disclosure which both the Attorney General and the District Attorney have demanded from Cy Creek EMS without any result.

“They've sued the Attorney General twice, they’ve defied the District Attorney who has filed criminal charges against them for withholding public records. This is an embarrassment.” states Dolcefino. He is calling on the Harris County DA to enforce the charges and make them obey the open records law.