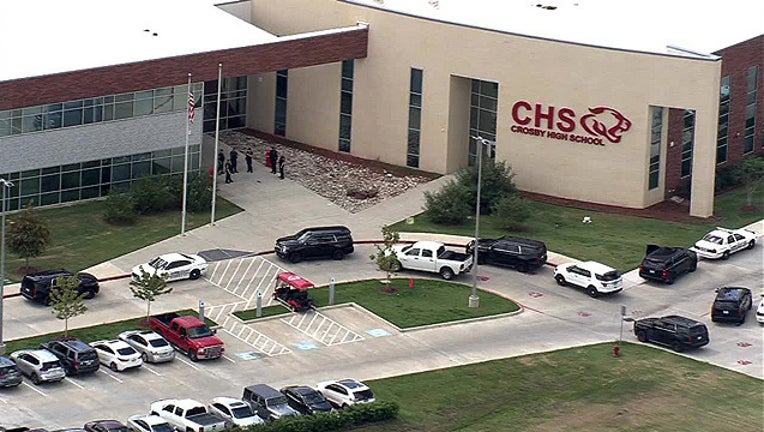 We have just received official word that the grounds sweep by law enforcement officers has been completed and the Lockout is now being lifted. We will begin regular afternoon dismissal procedures and after school activities will resume. We are so thankful for the quick response of area first responders including the Canine Units from Harris County Sheriff's Dept. Pct. 1, Constables Pct. 3, Harris County ESD 5, Baytown Police Dept., Crosby Fire Dept., and the Crosby Fire Department Ladies Auxiliary. Great team work today. Thank you all for your patience.

Crosby ISD had ordered the "lockout" on Thursday following a non-specific threat sent by email to the administration office that indicated potential danger around Cougar Stadium or near Crosby High School.

Crosby High School, Crosby Middle School and Crosby Elementary School were on "lockout." Students were not allowed to exit the building and no one was allowed to enter the building.