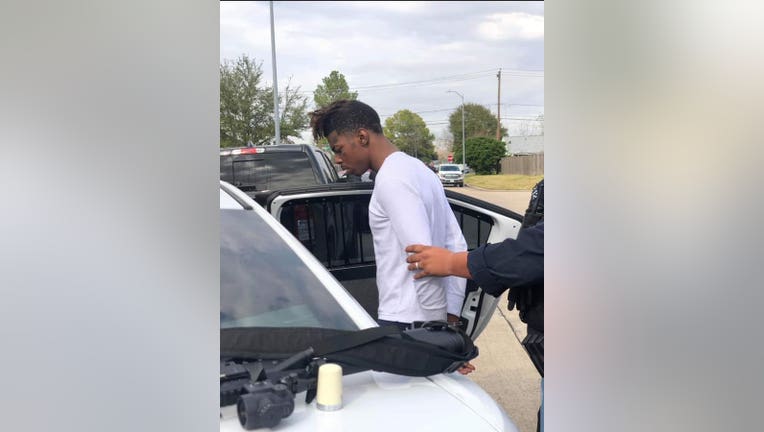 Tavores Henderson was taken into custody on December 12. He's charged with capital murder in the death of Nassau Bay Sgt. Kaila Sullivan.

HOUSTON - A court appearance has been reset for the man accused of killing a Nassau Bay police sergeant.

Tavores Henderson was scheduled to appear in court Monday morning, but the date was reset to February 27.

Police say Tavores Henderson hit and killed Sgt. Kaila Sullivan with his car while he was fleeing from officers Tuesday night.

Henderson is charged with capital murder and is being held without bond.

Henderson was taken into custody Thursday afternoon after a manhunt that lasted more than a day. He appeared in court Thursday night wearing Sgt. Sullivan's handcuffs.

His bond was originally set at $150,000 for a felony murder charge, but his bond was later revoked and the charged was upgraded to capital murder.

Henderson’s mother Tiffany and her boyfriend, Geoffrey Wheeler, were also due in court Monday. Investigators say they helped Tavores hide from officers after he killed Sgt. Sullivan. A judge raised their bonds, and both were taken into custody on Monday.