At LAX Ammunition, Brian Thompson waits to stock up.

"There’s a lot of unknown. Family first and friends," said Thompson. "I know what I have in my house and somebody might want to take that. I’ve been robbed before and who says that people aren’t going to start robbing for food? And that’s scary."

That fear of possible social disorder and concern over government-restricted gun purchases are leading to a surge in gun and ammunition sales, including first-time gun buyers, in states hit hardest by coronavirus, like California.

“These panic gun sales are not going to put food on the table for anybody,” said Sheriff Villanueva. "We’re going to be fully deployed. We have all the resources in the world out there in the field now and we’re adding more resources.” 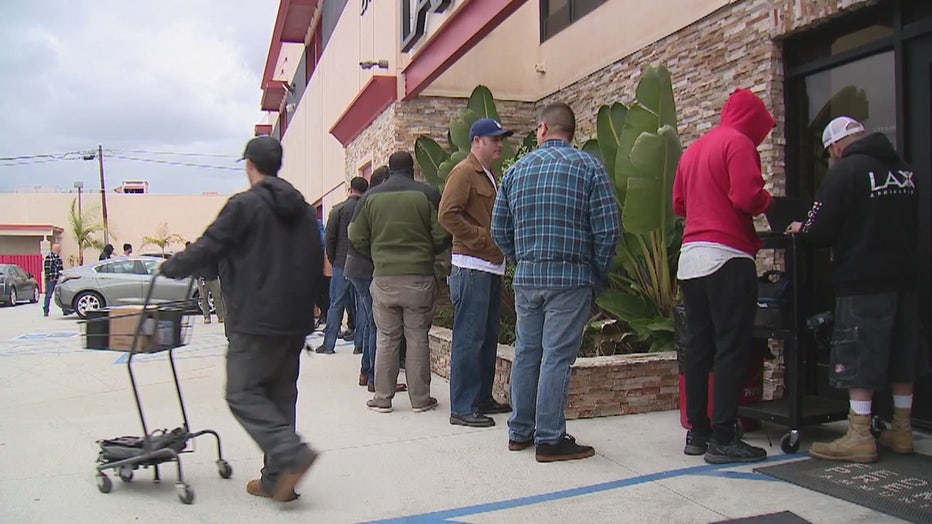 With children home from school and more guns at home, the Sheriff also worries about firearms falling into the wrong hands.

“We have to make sure if you have one in the home that you secure it safely,” said the Sheriff. “That it’s locked and inaccessible, not just for kids but prohibited persons, those who suffer from mental illness, convicted felons and so forth.”

The good news is the Sheriff says burglaries are going to drop dramatically because most happen when people are not at home.