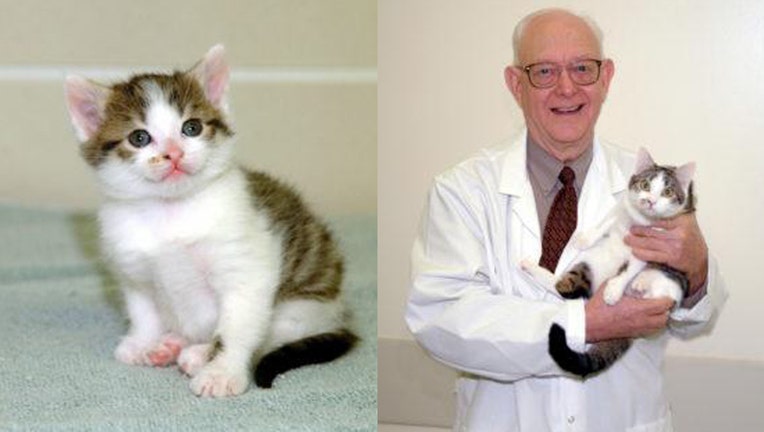 COLLEGE STATION, Texas - The world’s first cloned cat has passed away after being diagnosed with kidney failure.

CC, short for Copy Cat, passed away on March 3 in College Station at the age of 18.

She was born on Dec. 22, 2001 after historic cloning work by Texas A&M University College of Veterinary Medicine & Biomedical Sciences researchers.

“We in the CVM are saddened by the passing of CC. As the first cloned cat, CC advanced science by helping all in the scientific community understand that cloning can be effective in producing a healthy animal,” said Dr. Eleanor M. Green, the Carl B. King dean of veterinary medicine at Texas A&M. “While she lived a long, normal, and happy life, CC was extraordinary in what she represented to the Kraemers, the CVM, and science as a whole. The entire CVM community mourns her loss, as all at Texas A&M cared deeply about her as a member of the Aggie family, and especially for the Kraemers, for whom CC was a beloved pet for 18 years.”

The cat was produced using nuclear transfer of DNA from cells that were derived from a female domestic shorthair named Rainbow.

Once it was clear the nuclear transfer was successful, scientists transferred the embryos into a surrogate mother, who gave birth to a healthy kitten about two months later.

Though the cats were identical on a genetic level, developmental factors led them to have slightly different coat patterns and color distributions.

CC was adopted by Dr. Duane Kraemer, a senior professor in the college’s Reproduction Sciences Laboratory, and his wife, Shirley, six months after her birth.

She also became one of the first cloned cats to become a mother. When CC was five years old, she gave birth to three kittens that lived with her for the rest of her life in a custom, two-story “cat house” in the Kraemers’ backyard.

While CC represented a great advancement in genetic research, to the Kraemers, she was also a beloved pet. She will be missed by them especially, but also by those at the CVM, Texas A&M and beyond who have followed her story since birth.

“CC was a great cat and a real joy,” Kraemer said. “She was part of the family and very special to us. We will miss her every day.”