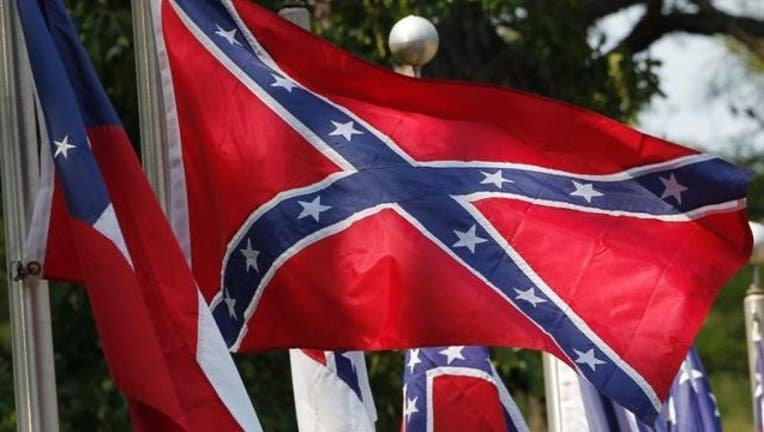 BETHLEHEM, Pa. (AP) - A man has been cited for disorderly conduct after police say he "freaked out" when he saw a Confederate flag displayed in a Pennsylvania hotel window as part of a Civil War-themed wedding.

The (Easton) Express-Times (http://bit.ly/2pxx9pe ) says police charged the man with making the disturbance at the Hotel Bethlehem on Saturday. His name wasn't immediately released.

Police Chief Mark DiLuzio says the man was cited for "freaking out, screaming and yelling" and creating a "very aggressive and disorderly scene."

The flag was flown next to an American flag. The couple met during a Civil War re-enactment and their wedding followed that theme, with people in period uniforms and dresses.

The chief says the couple "just wanted their theme to be of the Civil War era. There was no political message."