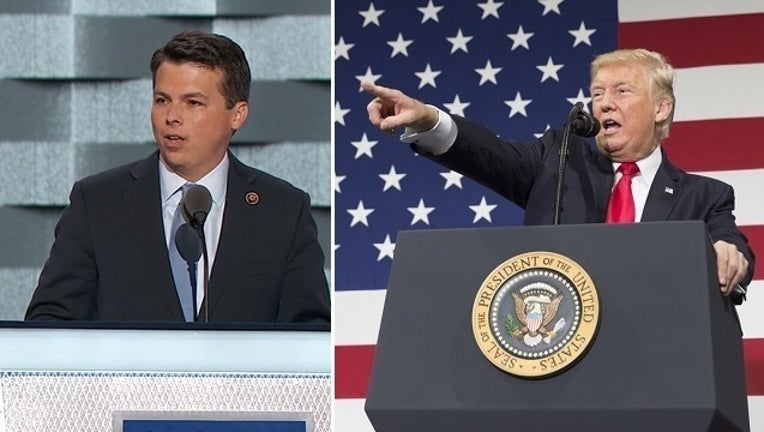 PHILADELPHIA (WTXF) - A Pennsylvania congressman has introduced legislation deemed the “STABLE GENIUS Act,” that would aim to ensure Presidential candidates are “fit to lead.”

Rep. Brendan Boyle introduced legislation Tuesday that would force future presidential nominees to undergo a medical exam and disclose the results publicly prior to an election.

Boyle, a Democrat who represents Pennsylvania’s 13th congressional district covering parts of Philadelphia and Montgomery County, took to Twitter to Briefly explain the bill’s purpose, which spells out the word “Stable Genius.”

“The President believes he is a "stable genius." I do not. Today, I introduced the..” Boyle wrote, “Standardizing Testing and Accountability Before Large Elections Giving Electors Necessary Information for Unobstructed Selection Act to ensure that Presidential candidates are fit to lead.”

The naming and introduction of the bill follow President Donald Trump’s tweets asserting that he is “a very stable genius,” amid questions and scrutiny over his ‘mental fitness.’

“President Trump’s reckless, erratic behavior has exposed a critical flaw in our existing election process. Before voting for the highest office in the land, Americans have a right to know whether an individual has the physical and mental fitness to serve as President of the United States,” Boyle added.

“My legislation provides a much needed safeguard to ensure that future presidential candidates meet the basic standards of a proper, uniform medical examination, and that this information is available to the American public before voting for the Office of the Presidency. While President Trump apparently considers himself a ‘stable genius,’ the American people deserve a thorough, standardized procedure to allow a medical professional to determine this,” Boyle concluded.

Last year, Boyle was among multiple Philadelphia-area congressmen who opted not to attend President Trump’s inauguration.

You can read more about the act, HERE.