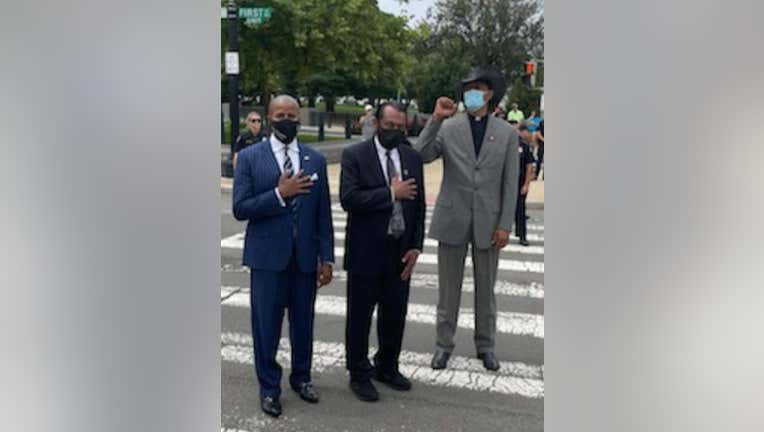 HOUSTON - U.S. Congressman Al Green and Texas State Rep. Ron Reynolds, both from the Houston area, were arrested during a voting rights protest in Washington, D.C., according to their offices.

Photos and video shared by the lawmakers show authorities securing their hands with green bands and leading them away.

Rep. Reynolds’ office said he was "detained while peacefully protesting". A Facebook live video shows that he has since been released.

According to Rep. Reynolds’ office, they were at the U.S. Capitol for a planned rally with the National Clergy United for Justice advocating for the U.S. Senate to pass federal voting rights legislation to stop voting bills in Texas.

"Rep. Reynolds stated that he will continue speaking truth to power and making good and necessary trouble to preserve the fundamental right to vote for millions of Texans," according to a statement from his office.