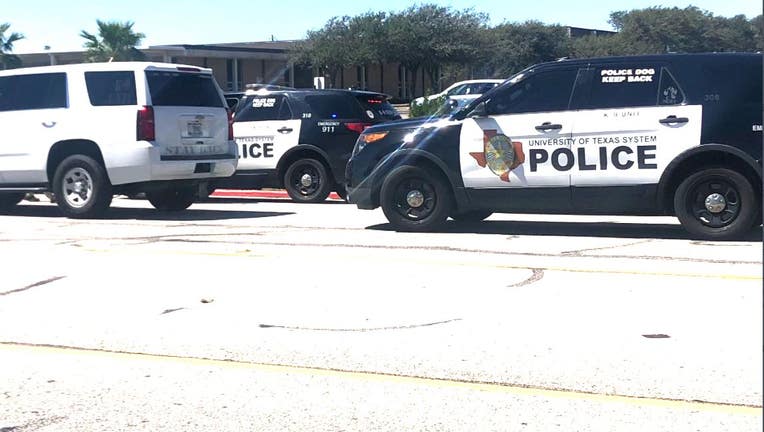 Photo from the scene (Source: UTMBPolice/Twitter)

GALVESTON, Texas - The Galveston Police Department is now investigating after a bomb threat was made toward a Galveston ISD school on Thursday afternoon, officials said.

According to a release, Galveston Police and the Collegiate Academy at Weis, located at 7100 Stewart Road, received calls regarding an active bomb threat.

Authorities said the unidentified caller told Galveston dispatchers there were several explosives placed on the school grounds and he would detonate the explosives.

The campus, which houses fifth to eighth-grade students, was evacuated and students were relocated to nearby elementary schools.

Police said crisis negotiators were in contact with the suspect throughout the incident. However, the suspect has not been identified or located.

Authorities said the school was cleared Thursday afternoon with no device being located.