FOX 26 Reporter Natalie Hee has more after a man was killed by Cleveland police following a high-speed chase.

CLEVELAND, Texas - A stolen vehicle suspect has been shot and killed by Cleveland police officers, after allegedly leading them on a high-speed chase.

Shortly after 10:30 a.m. Monday, police say a suspect armed with a gun, showed up to the Martin Chevrolet dealership in Cleveland, TX in a black sedan with paper plates.

The suspect apparently demanded keys from employees, then sped off with the stolen vehicle down 59 south towards Goodrich, Texas, nearly 20 miles away.

A police chase began, with the suspect leading authorities southbound on 59, driving at speeds over 100 miles per hour. Several law enforcement agencies joined in the pursuit, including state troopers.

Police say the suspect turned around in the Goodrich area, and drove back northbound toward Cleveland. Police say, again, the suspect vehicle reached speeds over 100 miles per hour, driving erratically.

Law enforcement successfully laid out spikes, targeting the suspect vehicle. It's believed the vehicle lost its rims as it entered a construction area. 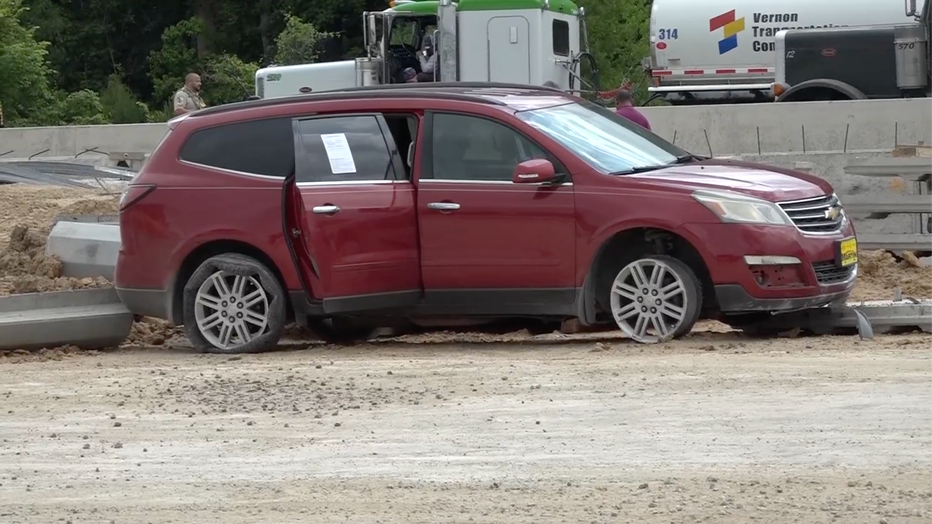 "I do believe the vehicle loses its rims, goes into the construction barrier area that pursuit heads back northbound again, jumping several construction blockade areas or covert areas as the vehicle flees. It wrecks out right here in the Cleveland city limits near the bypass," said Capt. Scott Felts with the Cleveland Police Department.

The suspect continued driving over several construction blockades before crashing.

After the crash, police said the suspect continued to run, this time on foot with a gun towards a wooded area.

That's when two officers shot at the suspect, striking him. He was pronounced dead by Liberty County's Pct. 6 Justice of the Peace. He has yet to be identified.

The two officers have been identified as a sergeant, who's served 15 years with the department, and a patrol officer, who's served seven years.

Both officers have been placed on administrative leave until further notice.

The Texas Department of Public Safety is leading the investigation.

The suspect's body was transported to the medical examiner's office in Beaumont. So far, no word on his identity.