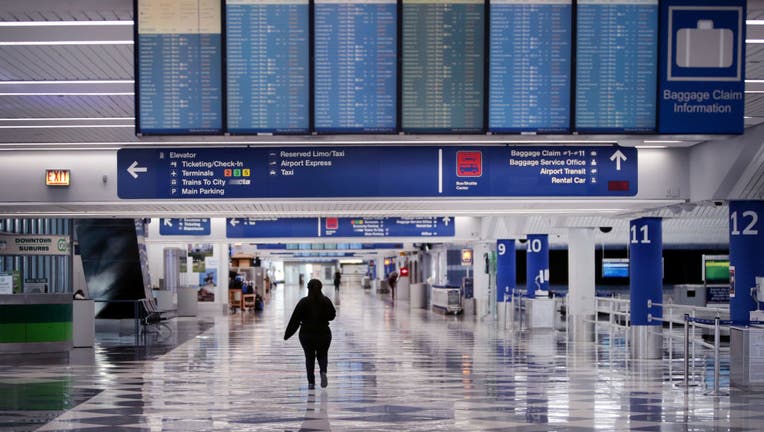 CHICAGO, ILLINOIS - APRIL 02: A worker walks through a baggage claim area at a nearly-empty O'Hare International Airport on April 2, 2020 in Chicago, Illinois. The airport, which typically serves 8.2 million passengers a month, has closed two of its

CHICAGO - The Chicago Department of Public Health announced Tuesday that four more states have been added to the city's travel quarantine list.

Kentucky, Nevada, Texas and Wyoming join a list of 19 other states and territories on the order that require travelers entering Chicago to quarantine for 14 days.

The city’s Department of Public Health Commissioner said the specific states listed are based on the rate of new confirmed cases per 100,000 residents.

The order also applies to city residents returning from a visit to a designated state.

This story is developing....