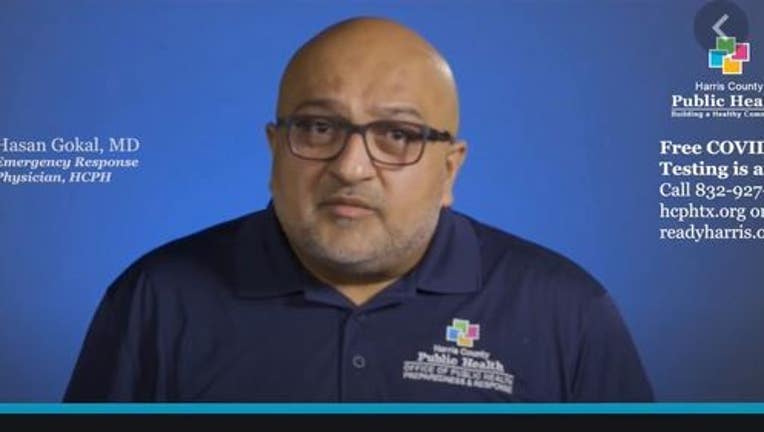 HOUSTON - Charges against a doctor accused of stealing a vial of the COVID-19 vaccine have been dropped.

On Monday, court documents showed that no probable cause was found in the case of Harris County Public Health Dr. Hasan Gokal.

The laywer for a fired Harris County Doctor who is being charged with stealing a vial of COVID-19 vaccine is firing back.

"We appreciate today’s outcome and will now transition our efforts toward a wrongful termination suit. As I stated publicly last week, an apology by Harris County Public Health and the Harris County District Attorney’s Office towards Dr. Gokal and his family will not be enough. The agency disparaged this good public servant’s name and took away his employment without cause. More must be done by those responsible to make this right.

We also sincerely hope this incident doesn’t deter other frontline medical personnel from doing everything they can to make sure vaccines are not wasted.

Dr. Gokal was accused of stealing the vial, which contained nine doses, while working at the county vaccination site at Lyndsay Lyons Park in Humble on Dec. 29, 2020.

A week later, authorities said Gokal told a fellow Harris County Public Health employee, who then reported him to supervisors.

According to Harris County Public Health, who first investigated the incident, mishandling vaccines can result in a loss of government funding to the county.

The lawyer of a Harris County Public Health doctor, who was fired after allegedly stealing a COVID-19 vaccine vial, is speaking out in his defense.

He and his attorney have maintained that he was preventing the vial from going to waste.

According to public records and the Texas Medical Board website, Gokal has been a practicing physician for more than 20 years, nine of those in Texas.

Records also indicate that Gokal does not have any prior offenses on file.