FOX NEWS - A British woman who survived cervical cancer but was told she may never be able to have children has since welcomed a set of “miracle”  twins.

In 2017, Rebecca Allen, 41, of Norfolk, was diagnosed with early-stage cervical cancer. The self-proclaimed former “workaholic” said the diagnosis changed her perspective on life, pushing her to prioritize having children if she could.

“During my 20s and 30s, I was a workaholic and I was always aiming to achieve the next salary bracket or job title,” Allen said, according to the Daily Mail. “I was burning the candle from both ends by partying [at] night and working hard during the day – a child wouldn't fit into my busy schedule.”

“But after my diagnosis, I realized none of it was important anymore and I wanted to be a [mom] for the first time ever," she added.

There was one problem, however: Allen said she was single at the time and wanted to find “the right man” before starting a family. 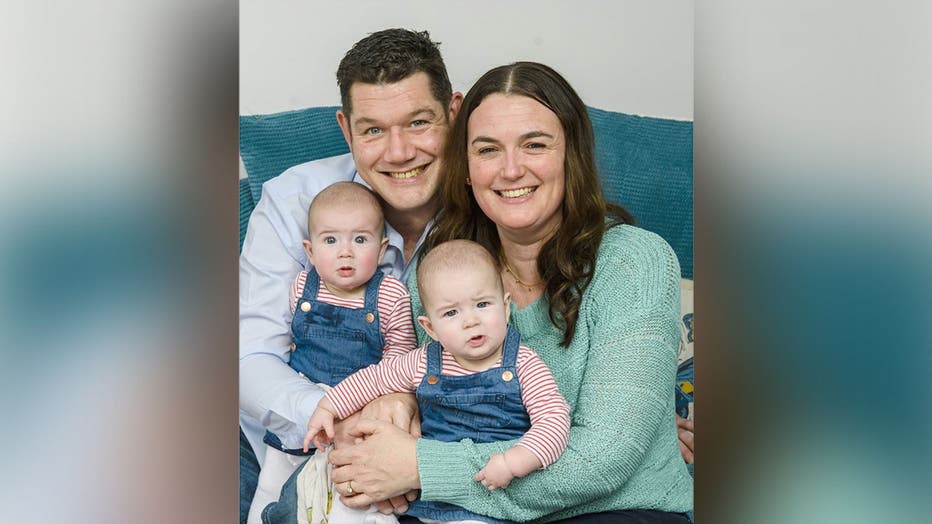 “I was in my late 30s, single and had cancer so it wasn't exactly good for my Tinder profile,” she joked.

Following her diagnosis, Allen had a radical trachelectomy  — a surgery to “remove the cervix, the upper part of the vagina and surrounding supporting tissue,” according to the Canadian Cancer Society. The procedure is often done so women battling early-stage cervical cancer can have children in the future. However, those who have the surgery are often at a higher risk for miscarriage and have to deliver a baby via C-section.

Shortly after having the operation, Allen said she met the man she knew she would spend the rest of her life with.

"I feel incredibly lucky to have twins and I am completely head over heels in love with them."

“I knew within a few days that he was the one so when I got the all-clear at my six-month check-up we began trying for a baby,” she said, referring to her partner, 39-year-old Andrew Kirkwood.

Allen became pregnant but suffered a miscarriage at 10 weeks. About a month later, she learned she was pregnant again — this time with twins. Allen called the news a “shock.”

“Andrew and I were expecting bad news as it was a high-risk pregnancy so we agreed not to look at the screen – I had my eyes shut tight and tears rolling down my face,” she said of the ultrasound. “It was quiet in the room so I assumed there was no heartbeat. When the nurse told us to look, I couldn't believe my eyes to see two heartbeats.”

“It is quite moving to think I have not one but two miracle babies after believing I may never be a [mom],” she said. “I feel incredibly lucky to have twins, and I am completely head over heels in love with them.”