The National Insurance Crime Bureau is warning consumers about a nationwide spike in thefts of catalytic converters.

A catalytic converter is a device that uses precious metals such as rhodium, palladium and platinum to turn an engine's environmentally hazardous exhaust into less harmful gases. 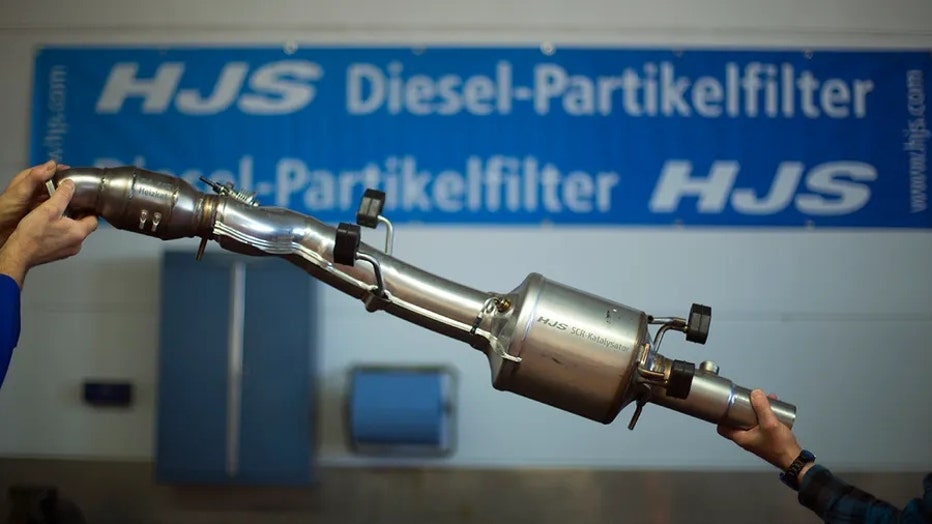 An employee is working on an SCR catalytic converter for retrofitting diesel for nitrogen reduction at HJS in the workshop in October 2018 in North Rhine-Westphalia, Germany. (Getty Images)

It also cites the impacts of the COVID-19 pandemic, including disenfranchised and frustrated young men and juveniles, unemployment, no school, closed outreach centers and public safety resource limitations and withdrawal of proactive policies.

"As the value of the precious metals contained within the catalytic converters continues to increase, so do the number of thefts of these devices," NICB President and CEO David Glawe told FOX Business. "There is a clear connection between times of crisis, limited resources and disruption of the supply chain that drives investors towards these precious metals." 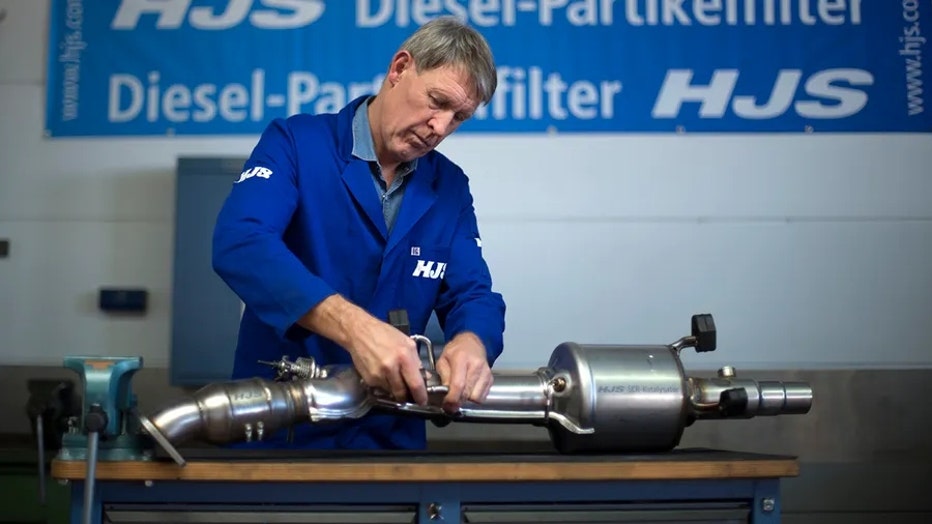 Gerd Schwartpaul works on an SCR catalytic converter for retrofitting diesel for nitrogen reduction in the workshop at HJS in October 2019 in North Rhine-Westphalia, Germany. (Getty Images)

The nonprofit estimates that owners can pay anywhere from $1,000 to $3,000 to replace stolen catalytic converters, in addition to the lost income associated with missing work and finding and paying for alternate transportation. In some cases, catalytic converter thefts are covered by insurance as damage not caused by an accident. However, vehicle owners will be responsible for paying a deductible. 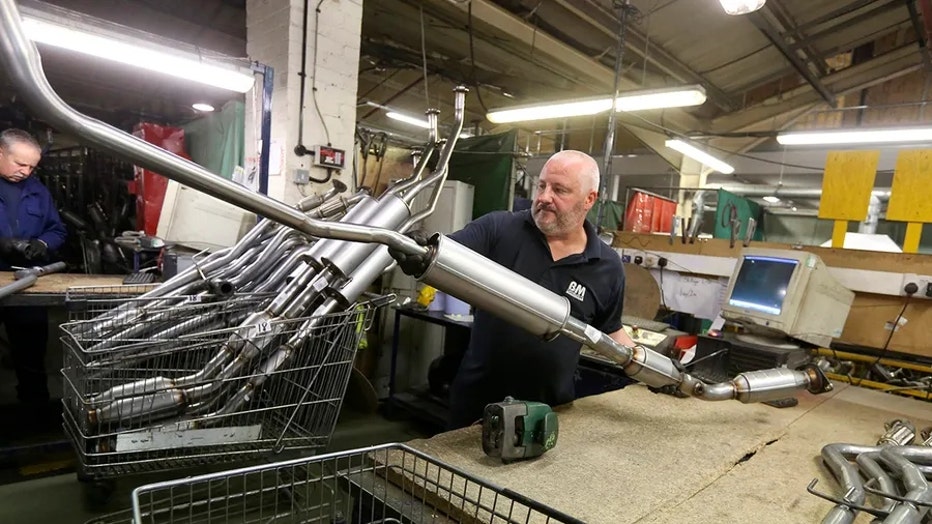 At the federal level, Indiana Congressman Jim Baird has introduced the Preventing Auto Recycling Thefts (PART) Act, which is intended to reduce catalytic converter thefts by marking identifying information on them, addressing how the parts are purchased and strengthening enforceability for local law enforcement.

To reduce the chances of theft, the NICB recommends vehicle owners install a catalytic converter anti-theft device, park fleet vehicles in enclosed and secured areas that are well lit, locked and alarmed and park personal vehicles in a garage or a driveway with motion sensor security lights.