LOS ANGELES, Calif. - Guards at a California prison didn’t notice that an inmate had allegedly tortured and decapitated his cellmate in 2019, having reported that both men were alive after making their overnight rounds, according to a report.

The California Department of Corrections and Rehabilitation conducted a substandard investigation and delayed disciplining the guards, a new report from the state inspector's general office says, according to The Los Angeles Times.

In addition, one of the guards lied and key witnesses weren't interviewed during the department’s investigation, the report claims.

Inmate Jaime Osuna, 31, allegedly made a makeshift knife that he used to behead Luis Romero, 44, in their cell in the early hours of March 9, 2019.

He also allegedly removed one of Romero’s eyes, a finger and part of one of Romero's lungs and cut the edges of his mouth to make it look like he was smiling, the report says. Osuna was even wearing a necklace made out of Romero’s body parts when guards finally found him later that morning, the Times reported. Both inmates were convicted killers.

Osuna, a self-described Satanist, has a history of attacking other inmates.

A lawsuit filed by Romero’s family said the bars of the cell were covered with a sheet and alleged the guards didn’t’ thoroughly check to make sure both men were alive. 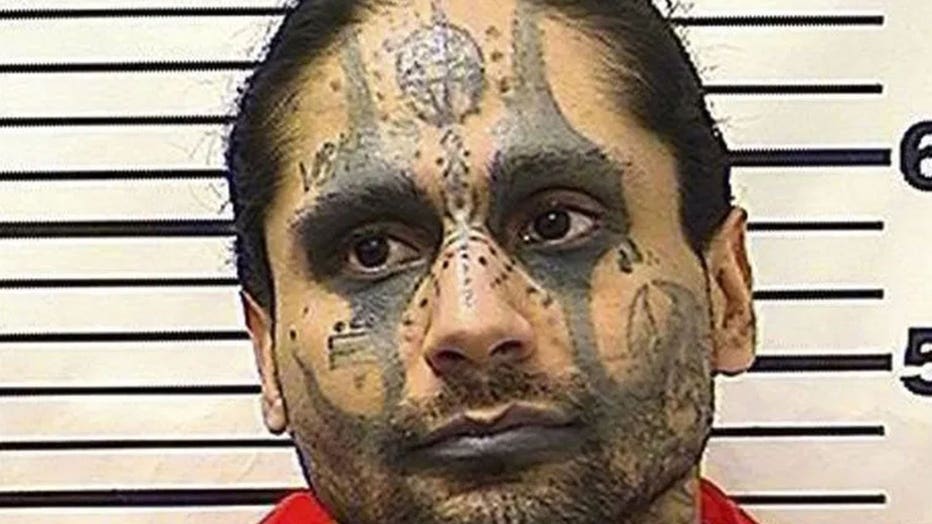 Jaime Osuna, sentenced to life for the torture and murder of a woman in a California motel in 2011, allegedly tortured and beheaded his roommate, Luis Romero, in 2019 under the nose of prison guards. (California Department of Corrections and Rehabili

The Department of Corrections claimed in a statement that it had conducted a "thorough and complete investigation from the very beginning."

Justin Sterling, an attorney for Romero’s family, said the murder would have taken hours and if the guards had been doing their regular rounds and thorough checks they would have been able to stop it.

Romero and Osuna had become cellmates after Romero was transferred from another prison and was nearing parole eligibility. He had served 27 years for the killing of a Los Angeles woman when he was a teenager involved with gangs. Osuna was serving a life sentence for the torture and murder of a 37-year-old woman in a motel in 2011.

He was moved to a psychiatric prison after Romero's murder and diagnosed with antisocial personality disorder, borderline personality disorder and schizophrenia, according to the Times. He has been ruled incompetent to stand trial for the alleged murder.

Osuna had never had a cellmate before Romero, the Times reported.

The Department of Corrections has not detailed where the guards were when Romero was killed, The Times reported.

The report says one of the officers was initially fired and the other had his salary cut over the incident and the first officer's alleged lying during the investigation but had their punishments reduced after they appealed.

"The department’s handling of the case was poor," the inspector's general office said, according to The Times. "In the OIG’s opinion, the special agent continually resisted the recommendations of the department attorney regarding conducting interviews and obtaining evidence."