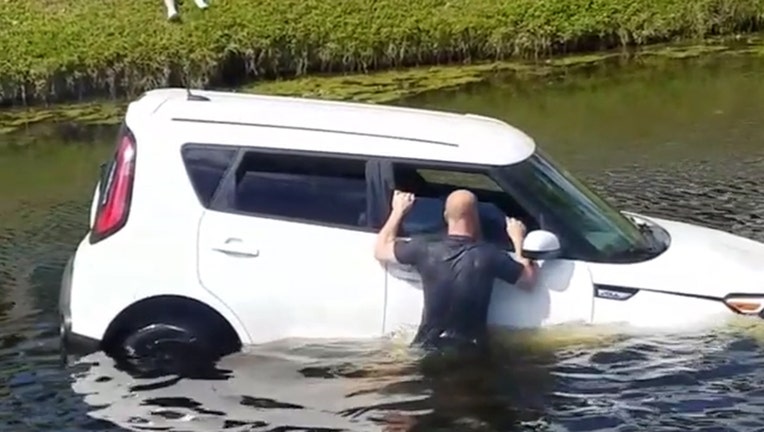 BOCA RATON, Fla. - Some good Samaritans jumped into unknown waters to help a woman who drove her vehicle into a canal while having an epileptic seizure  Sunday, February 23.

Palm Beach County Fire Rescue says Shawn Turner and his son were driving when they spotted the white SUV taking on water in the canal.

Turner’s son recorded the video of his father diving through the sinking vehicle's passenger-side window to try and get the driver out. 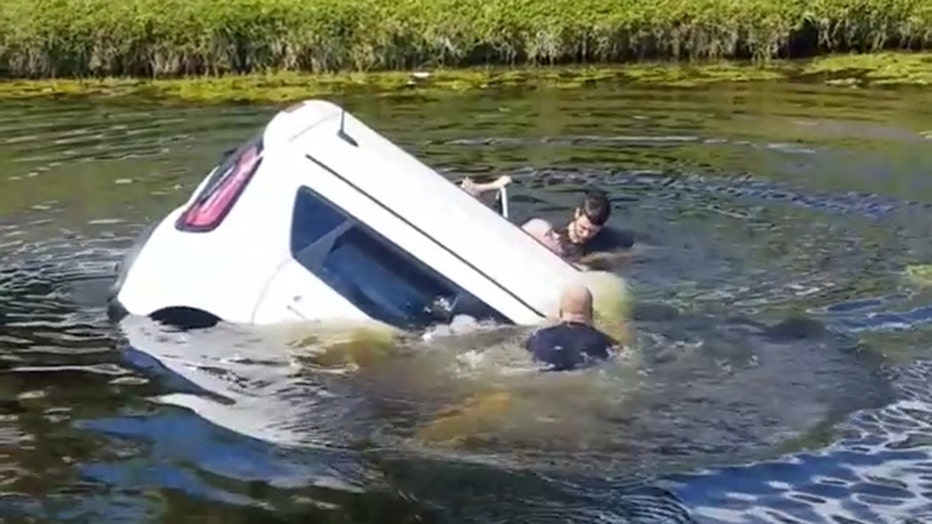 He told local media that the driver was unconscious when he got to the vehicle.

Two other bystanders jumped in the water to help Turner, who shouts for a knife to cut the seatbelt. Turner pushed the woman through the window and the three good Samaritans worked together to bring her to the bank of the canal.

The driver, who was identified as Molly Pedrone, was hospitalized with minor injuries, local media reported.

Pedrone told WPTV she’s suffered from epileptic seizures for 13 years, but this episode came on without warning.

“I’m so thankful for Shawn’s help and the help of the other bystanders,” Pedrone said. “I can’t fathom what it would’ve been like without them.”