Republican incumbent Brian Babin has been elected to another term in District 36. 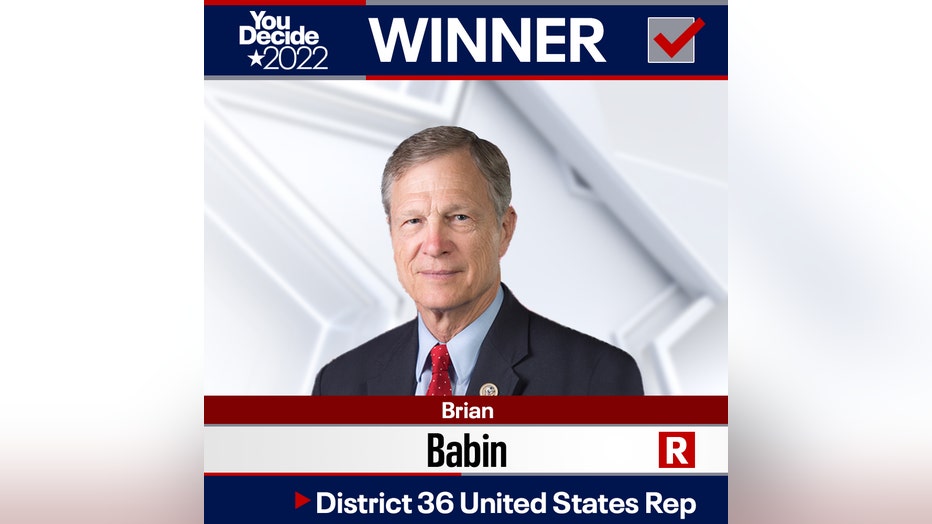 Babin was elected to the position in 2016.

Before being elected to Congress, Babin served in the Texas Army National Guard, the U.S. Army Reserve, and the United States Air Force, and he worked as a dentist.