Bonnie's Donuts in League City is home to a Texas-sized, five-pound cinnamon roll.

LEAGUE CITY, Texas - If you have a big sweet tooth, a donut shop in League City has quite the Texas-sized treat.

Bonnie’s Donuts is home to a massive, five-pound cinnamon roll.

She says it takes about two hours from start to finish to make the cinnamon rolls, beginning with making the dough from scratch. 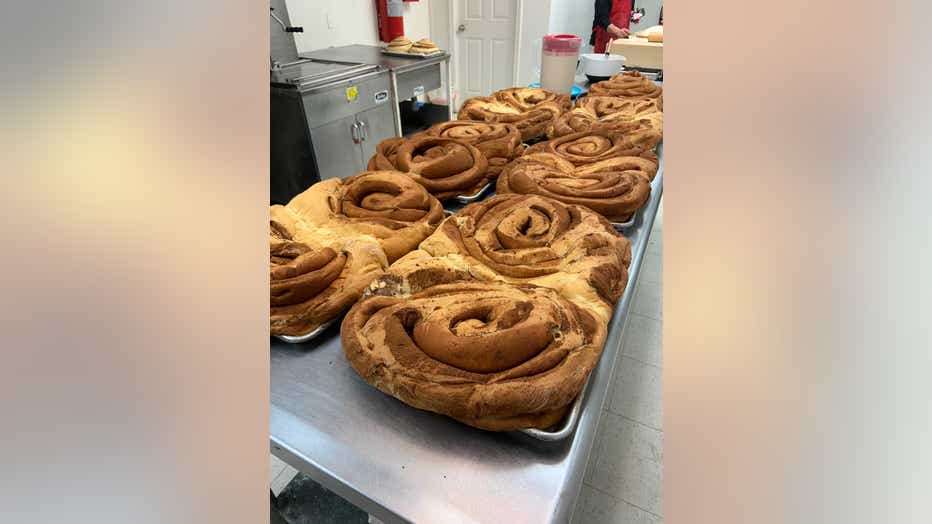 She then bakes them and pours on the icing.

That icing is one of the things that customers tell her make the cinnamon rolls so good, she says.

"And the bread is really moist and soft. And of course it’s big," Natalie says.

Why are the cinnamon are rolls so big?

"Well, we’re here in Texas, so of course it’s got to be big," Natalie says.

Customers can order the cinnamon rolls year-round, but Natalie says they are especially popular during Thanksgiving and Christmas.