(FOX 11/CNS) - A dead man found stuck inside a brick pillar at a Lancaster supermarket may have been a man on the run from sheriff's deputies, who disappeared Monday.

The body was found about 2:40 p.m. Saturday inside a pillar at Winco Foods, 740 West Avenue K, sheriff's Lt. John Corina confirmed to reporters.

Deputies were reportedly chasing the man last Monday, when a witness says he ran into the supermarket, sprinted up stairs into the offices, and then hid in a crawl space.

"He got out of the car, ran in, ran up the steps where the managers (are)," Oliver told the TV stations."And somehow he got on the roof. Last I heard he got away."

Six days later, a store manager complained about a strong smell Saturday morning. A plumber was called and a couple of bricks were broken to look inside the pillar.

"When they did that," Corina said, "they looked down and they could see a shoe and a leg down there at the bottom of the column inside the column."

The man's name will be released pending notification of next of kin, according to the coroner's office.

Sheriff's homicide detectives asked anyone with any information regarding the incident to call them at (323) 890-5500. 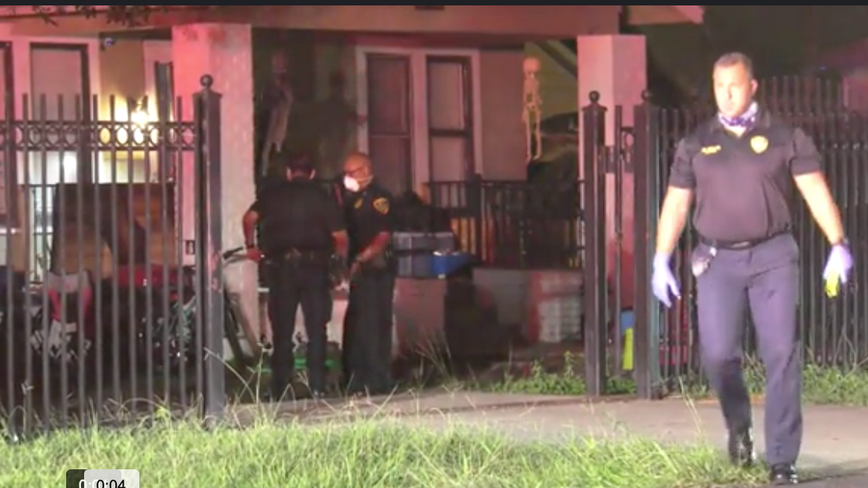