The Blue Angels will be paying tribute to first responders by performing over Houston on Wednesday. One of the pilots is from Kingwood.

KINGWOOD, Texas - Frank Zastoupil is a Major in the Marine Corp.

"He was born in Dallas," said his mother Kris Zastoupil. "We moved to Kingwood when he was four so he was raised here in Kingwood, went to Kingwood High School."

Zastoupil was picked to be a pilot in the prestigious Blue Angels last July. Because of COVID-19, he hasn't been able to perform.

His parents say they've only seen him doing practice flights. 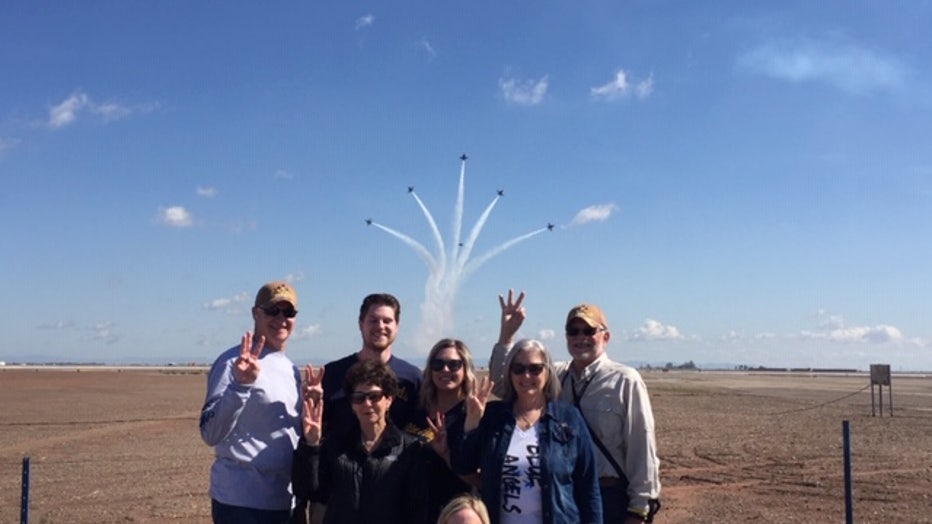 "They are so excited because they do a lot of community outreach and they love that's," his mother said. "So this is their way to reach out to the community and say thank you."

"He's really excited about the opportunity to do this on behalf of the first responders and the EMS and all the people who have sacrificed so much to take care of us during this pandemic," said Franks father Patrick Zastoupil. 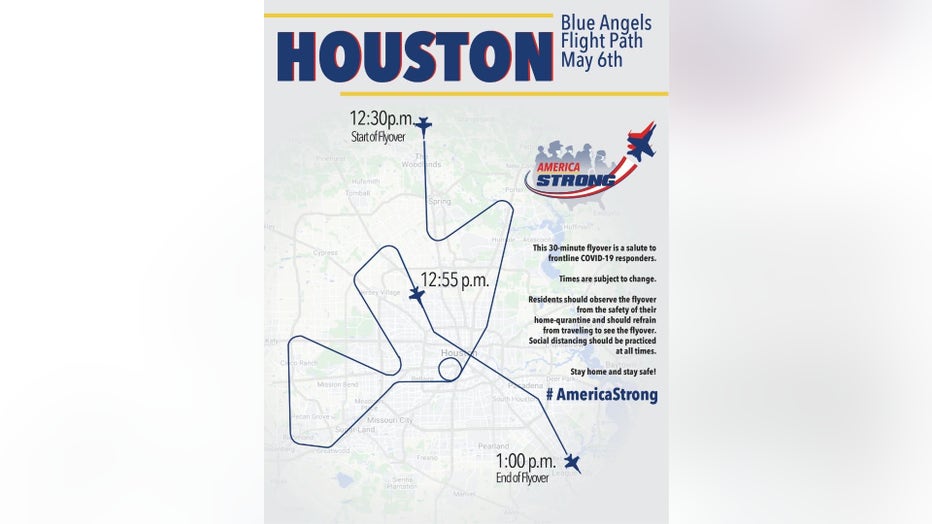 The Blue Angels will flyover Houston on May 6. (U.S. Navy Blue Angels)