Joe Biden energizes base in Houston ahead of Super Tuesday

Former Vice President Joe Biden stopped by Texas Southern University to energize his supporters during just one day ahead of Super Tuesday.

HOUSTON - Joe Biden has avoided mention of the turmoil in the Democratic primary race at a rally in Houston as his rivals Pete Buttigieg and Amy Klobuchar end their campaigns with plans to endorse him.

Biden campaigned in Texas on Monday, the day before 14 states hold Super Tuesday primaries, as the political world buzzed with the shakeup of moderates coalescing around him as the alternative to Bernie Sanders, the democratic socialist senator from Vermont.

Biden says, “The decision Democrats make tomorrow and the next few weeks will determine what we stand for, what we believe, and where we’re going to go.”

In a dig at Sanders’ signature call to action, the former vice president said, “Most Americans don’t want a promised revolution. They want guaranteed results.”

It was a message similar to what Biden unveiled Saturday in South Carolina after his near 30-point margin of victory there reframed the race. Sanders had led through the first three contests in Iowa, New Hampshire and Nevada. 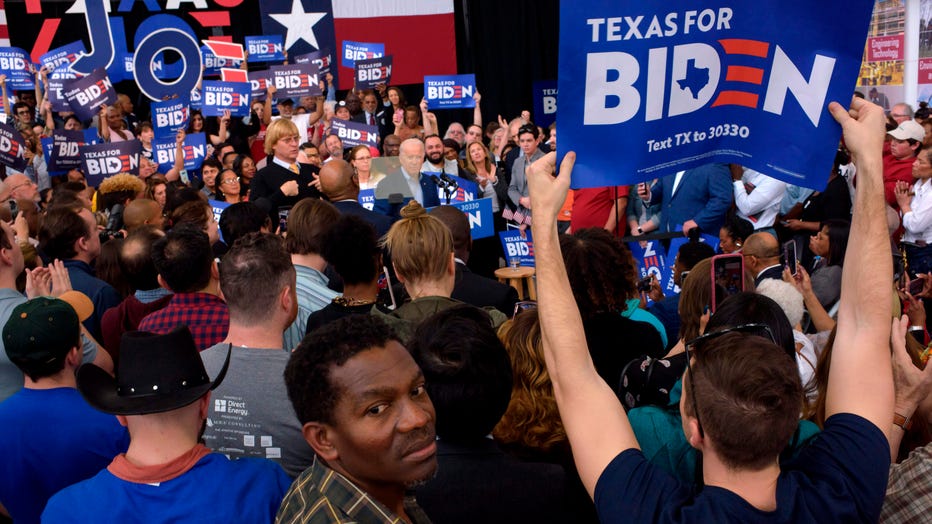 Biden notably did not mention billionaire Mike Bloomberg, who will be on primary ballots Tuesday for the first time. Bloomberg skipped the first four contests, spending more than $500 million of his own money on a strategy that he could make a late entry into the nominating fight and become the moderates’ preferred option in place of Biden.

Biden will campaign Monday night in Dallas with Buttigieg and Klobuchar.