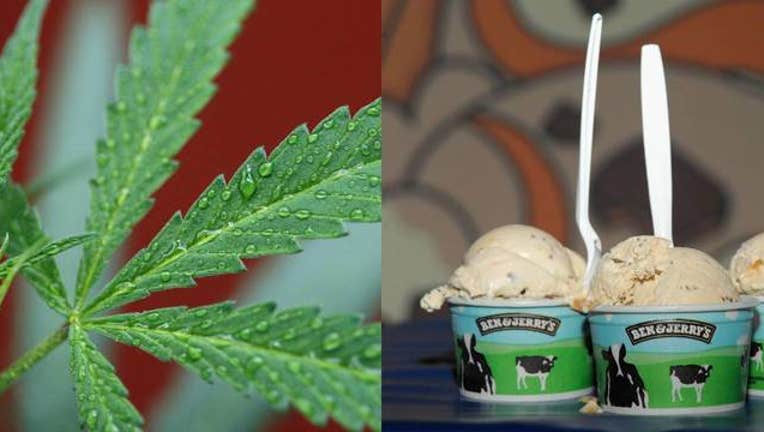 FOX NEWS - The famous Vermont ice cream company, Ben & Jerry's has created a petition calling on Congress to expunge prior marijuana convictions and provide pardons to anyone whose only crime was possession of the drug, according to their website.

They released a statement on the petition Saturday titled "This 4/20, Let's Be Blunt About Justice."

"Between 2001 and 2010, there were more than 8 million pot arrests (88 percent for possession). And during that time, a Black person was 3.73 times more likely to be arrested for marijuana possession than a white person," the company said in a statement. "Since then, in states that have legalized cannabis, arrests, as you’d expect, have gone done. Unfortunately, legalization hasn’t done anything to change the racial disparities."

The ice cream giant is one of the first U.S. companies to publically speak out in defense of cannabis use. They hope to use their platform to spread awareness on an issue that that has seen increased bipartisan support each year, the statement said.

Former Speaker of the House Jim Boehner is now a supporter and investor of a cannabis startup in Canada. Ben and Jerry's noted at one time he was "unalterably opposed" to legalizing pot.

The ice cream company also used social media to discuss issues of racial injustice when it comes to marijuana convictions. The post currently has nearly 110,000 retweets and over 230,000 likes.

Ben & Jerry's mentions that cities like Baltimore are long longer prosecuting marijuana possession cases and in some cases are wiping old warrants and convictions, they want it to be a nationwide policy.

"We’re calling on Congress to expunge prior marijuana convictions and provide pardons/amnesty to anyone whose only crime was possession of cannabis," the company exclaimed. "Cities like San Francisco and Seattle are already doing it. It’s time to take this national."

Last year Ben & Jerry's hoped to take back Congress by creating Democrat-inspired flavors. They also spoke out against the Trump administration with a 'Pecan Resist' flavor.

The petition currently has nearly 30,000 signatures.