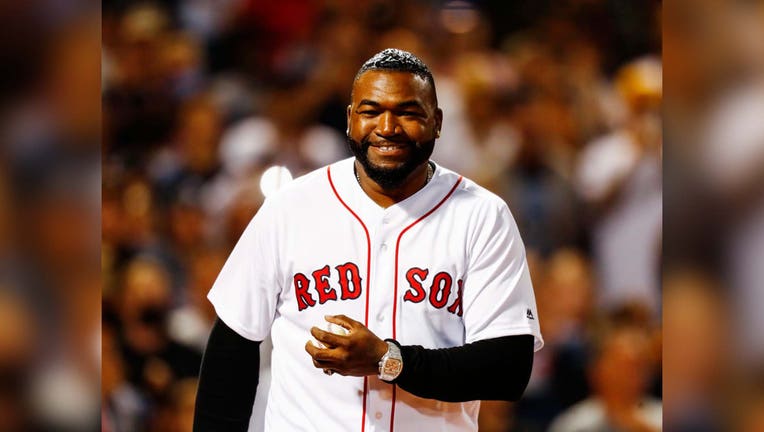 FILE - Former Boston Red Sox great David Ortiz reacts before the game between the Boston Red Sox and the New York Yankees at Fenway Park on Sept. 26, 2021 in Boston, Massachusetts.

David Ortiz gazed at his phone, his pursed lips revealing nerves rarely seen from one of the game's great clutch hitters.

Pedro Martinez's hand rested on Ortiz's shoulder, and Martinez grinned when the good news came through. The former teammates embraced, and Martinez welcomed Ortiz into a rare space in baseball history.

Big Papi is bound for Cooperstown — and on the first ballot, too.

Ortiz was elected to the Baseball Hall of Fame in his first try Tuesday, while steroid-tainted stars Barry Bonds and Roger Clemens were denied entry in their final year under consideration by the Baseball Writers’ Association of America.

Ortiz, a 10-time All-Star over 20 seasons mostly with the Boston Red Sox, was named on 77.9% of ballots, clearing the 75% threshold needed for enshrinement. He's the 58th player inducted in his first time up for consideration.

"Man, it’s a wonderful honor to be able to get in on my first rodeo," Ortiz said.

Big Papi was among baseball’s most recognizable faces through the 2000s and 2010s. His enormous grin endeared him to fans, but the Dominican’s hulking frame menaced pitchers, especially in the late innings. Three of his 23 career game-ending hits came during Boston's drought-breaking 2004 postseason, when the Red Sox thwarted the rival Yankees and then won their first World Series in 86 years.

"I can imagine how New England has to feel about one of its babies getting into the Hall of Fame today," Ortiz said. "I’m not even going to tell you about the Dominican Republic."

The left-handed hitter was signed by Seattle as a teenager and traded to Minnesota as a minor leaguer. He made his major league debut with the Twins in 1997 but hardly looked like a future Hall of Famer there. He was released in 2002, signed a free agent deal with Boston and slugged 31 homers the next season.

"Once I figured it out, it was going to be a wrap," Ortiz said. "That team was surrounded by so many superstars, and I went in there like a sponge ready to learn."

Martinez became a mentor for his countryman. Now, they share the honor of being first-ballot inductees.

Ortiz also has performance-enhancing drug baggage, but enough voters chose to ignore a positive test that came during survey testing in 2003 that was supposed to be anonymous. Ortiz has denied using steroids, and Commissioner Rob Manfred said in 2016 "I think it would be wrong" to exclude him from the Hall of Fame based on that lone test.

"I never failed a test, so what does that tell you?" Ortiz said.

Bonds, Clemens and Curt Schilling were all rejected in their 10th and final year on the BBWAA ballot. Bonds is the league's career home run leader and Clemens won a record seven Cy Young Awards, but voters denied them the game’s highest honor over suspicions they used PEDs. Bonds got 66% of the vote, and Clemens was at 65.2%. 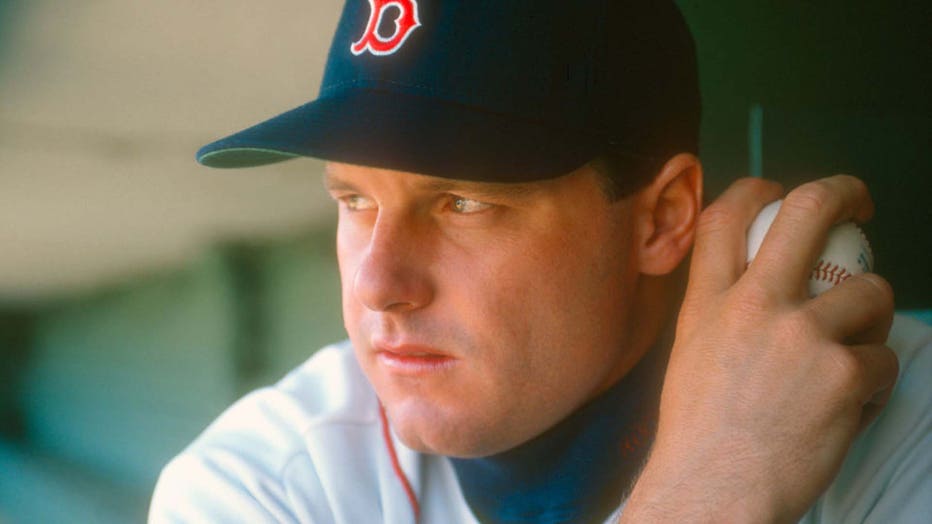 FILE - Roger Clemens #21 of the Boston Red Sox poses for this portrait prior to the start of a Major League Baseball game circa 1988 at Fenway Park in Boston, Massachusetts.  (Focus on Sport/Getty Images)

"My family and I put the HOF in the rear view mirror ten years ago," Clemens said on Twitter. "Hopefully everyone can now close this book and keep their eyes forward focusing on what is really important in life."

Schilling’s support dropped off sharply after he finished 16 votes shy in 2021. Many voters chose not to back the right-hander due to hateful remarks he has made in retirement toward Muslims, transgender people, journalists and others.

Schilling asked the Hall to remove him from this year’s voting, but he remained an option. He was named on 58.6% of ballots, down from 71.1% last year.

"I say it every year and especially this year, focus on who did get in," Schilling tweeted. "@davidortiz deserved a 1st ballot induction! Congratulations my friend you earned it! #bigpapiHoF"

Bonds, Clemens and Schilling are done on the BBWAA ballot, but they will be considered again next year by the Today’s Game era committee. The 16-person committee of Hall members, executives and veteran media members will convene in December to consider players who played between 1988-2016 and are no longer eligible for BBWAA selection. 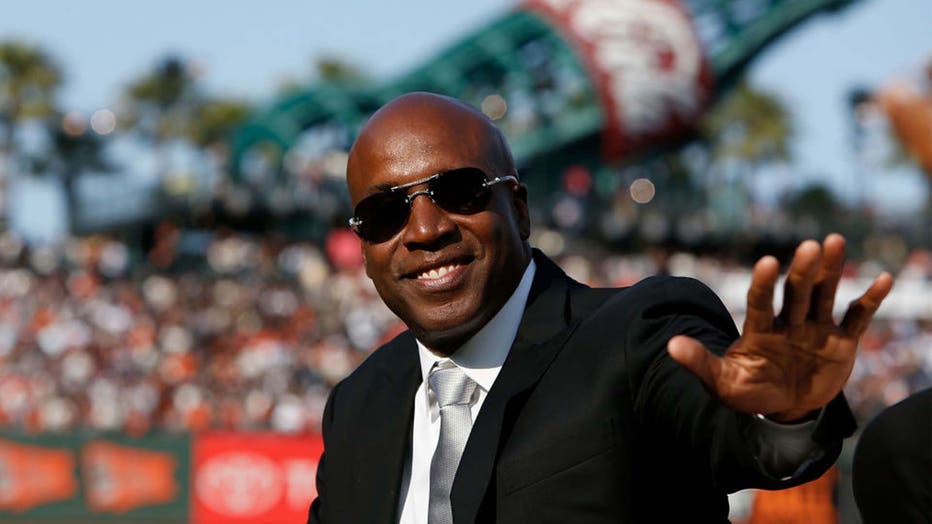 "Not having them join me is hard for me to believe," Ortiz said of Bonds and Clemens. "Those guys did it all."

Among other first-timers on the ballot, Alex Rodriguez and Jimmy Rollins got the most support.

Rodriguez won three MVPs and hit 696 homers, fourth most of all time, but also has PED use clouding his case. He was banned by Major League Baseball for the entire 2014 season after violating the league’s drug policy. Voters named him on 34.3% of ballots.

Rollins, a four-time Gold Glove winner with Philadelphia, appeared on 9.4% of ballots and was the only other first-timer to earn the 5% necessary to remain under consideration. Joe Nathan, Tim Lincecum and Ryan Howard were among 10 one-and-done players.

Next year’s ballot will introduce a new wrinkle of controversy when Carlos Beltrán joins the list. The nine-time All-Star was punished by MLB prior to the 2020 season and fired as manager of the New York Mets for his leading role in the Houston Astros’ sign-stealing scandal.

Beltrán is likely to be joined on the ballot by John Lackey, Jered Weaver, Jacoby Ellsbury and Jayson Werth.