What is salmonella infection and what are the symptoms?

People can get infected by eating contaminated food or drinking water, as well as by touching infected animals or their environment.

WASHINGTON - Three popular powdered infant formulas recently linked to bacterial contamination are being recalled in the U.S. after four babies were hospitalized, including one who died, according to U.S. health officials.

The U.S. Food and Drug Administration issued a warning on Thursday to parents about the formulas manufactured at an Abbott plant in Michigan, identified as certain lots of Similac, Alimentum and EleCare. The agency said among the reports of illness, one of the cases involved salmonella and three involved Cronobacter sakazakiim — a rare but dangerous germ that can cause blood infections and other serious complications.

"The FDA is investigating complaints of four infant illnesses from three states," the agency said in the warning. "All four cases related to these complaints were hospitalized and Cronobacter may have contributed to a death in one case."

Abbott, one of the country's largest infant formula makers, said it is recalling all potentially affected products manufactured at the Sturgis, Michigan facility. The recall affects certain products with expiration dates of April 1, 2022, or later.

The product was distributed throughout the U.S. and overseas, the company said in a statement. 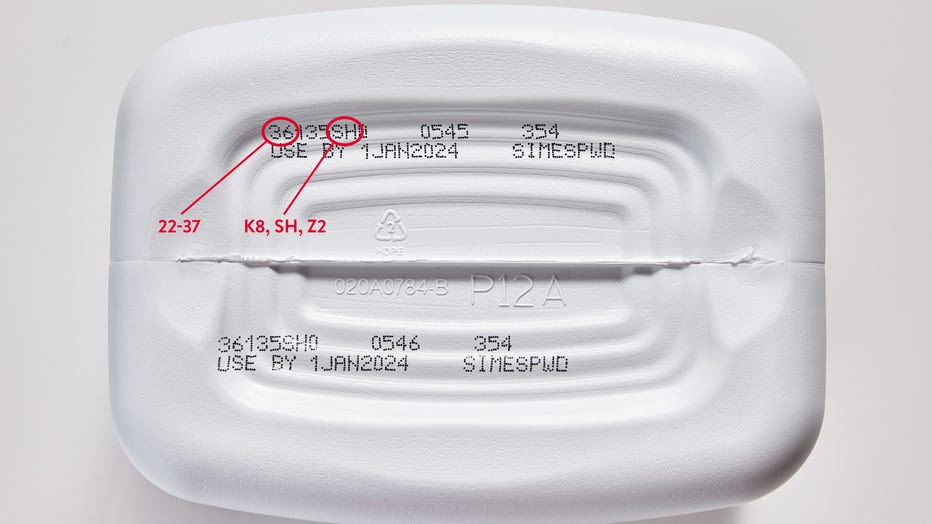 The recall does not include any metabolic deficiency nutrition formulas, it added.

"We know parents depend on us to provide them with the highest quality nutrition formulas," Joe Manning, Abbott’s executive vice president of nutritional products, said in a statement. "We deeply regret the concern and inconvenience this situation will cause parents, caregivers and health care professionals."

The FDA said it began an onsite inspection at the facility, which included several positive "Cronobacter sakazakii results."

"As this is a product used as the sole source of nutrition for many of our nation’s newborns and infants, the FDA is deeply concerned about these reports of bacterial infections," Frank Yiannas, FDA Deputy Commissioner for Food Policy and Response, in a statement.

The FDA is advising parents and caregivers not to use Similac, Alimentum, or EleCare powdered infant formulas if:

To find out if the product you have is included in this recall, visit similacrecall.com and type in the code on the bottom of the package, or call 1-800-986-8540 and follow the instructions provided.

"No action is needed for previously consumed product. If you have questions about feeding your child, contact your healthcare professional," Abbott said.