Two men are dead and a woman was seriously injured following a shooting at the downtown Aquarium Thursday night and residents share their concerns and worry about going back. FOX 26 Houston's Tom Zizka has the full story.

HOUSTON - The victim and shooter in Thursday’s downtown Houston aquarium shooting have been identified by authorities.

The Harris County Institute of Forensic Sciences identified the victim as 28-year-old Gabriel Alexander Moriones Vargas, 28. The shooter was identified as Danny Cazares, 39. 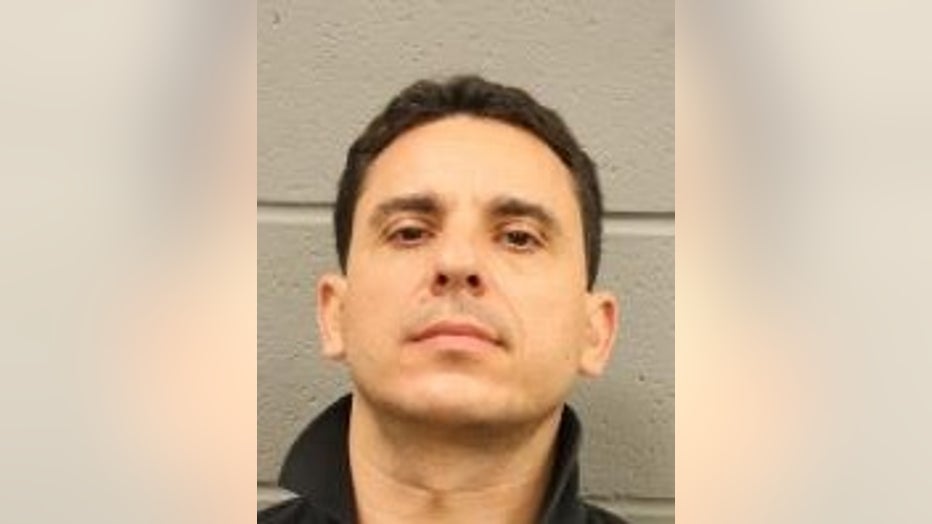 A 24-year-old woman, who was Vargas’ wife, was injured in the shooting and taken to the hospital, police said.

The shooting occurred around 8:10 p.m. at 410 Bagby Street in the bar area on the second floor of the aquarium.

Police said video evidence showed Cazares approach Vargas and his wife in the restaurant, produce a gun and then fire multiple shots at them, before turning the gun on himself.

Authorities said the preliminary investigation, including a statement from Vargas’ wife stated that the victims did not know Cazares.

The motive in the shooting remains unknown.

People, who were there, say it was a sudden shock. Richard Lobrecht, for example, who was at the restaurant with his wife and family, says a waitress guided them through the kitchen, to a stairwell, and out to safety.

"We did not hear anything that would have made us think something like this was about to happen," Lobrecht said.

By the light of day, the aquarium had returned to normal operations, after a spokesperson labeled the tragedy as 'isolated'.

Still, as Houston has notched more than 240 murders, in 2021, some have concerns that life has become 'cheap' for too many.

"You're a human being, and your relation to other human beings is really important," lamented Enrique Silva, as he and his family walked outside the aquarium. "They don't care about that. I don't know why."

After learning his parents were so close to the gunfire, Veteran Jason Pena's parents were in the restaurant when the gunfire erupted. He says the lessons of the Army, and always watching for threats, are justified.

"My mom kinda makes fun, saying 'What are you doing? Calm down,'" says Pena. "This is why we're on guard all the time."

Records show that Cazares was out on at least three previous bonds. His most recent bond was set on April 19, 2021 where he was charged with felony possession of a weapon.

Cazares was also out on bond for a criminal mischief charge in October 2020. His third bond was for criminal trespass of a fire station in September 2020. Houston Police Chief Troy Finner says, in addition to Cazares' felony weapons charge, the suspected shooter also had a history of mental illness. Finner says there was no relationship between Cazares and his victims. By all appearances, a case of random violence that leaves Gabriel Vargas' wife in a hospital, without her husband

If you have any information regarding this incident, you’re asked to contact the HPD Homicide Division at (713) 308-3600.