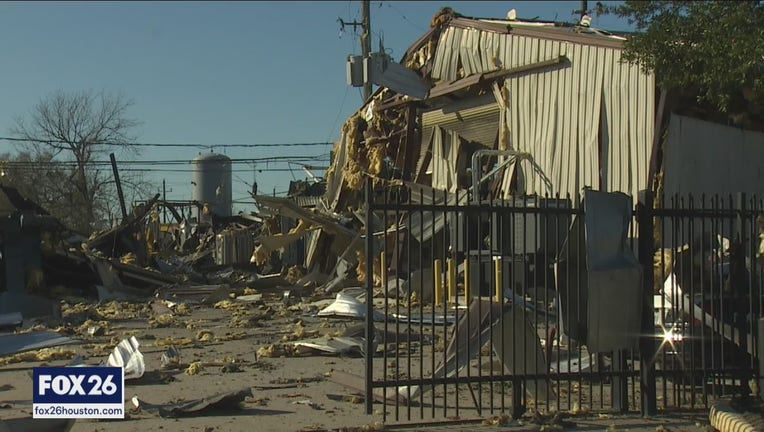 HOUSTON - Almost 200 homes were damaged in Friday's explosion at Watson Grinding and Manufacturing.

Kwok Daniel LLP presented and was granted a temporary restraining order around 2 p.m. on Friday afternoon arising from the massive explosion that rocked west Houston around 4:30 a.m., destroying hundreds of homes and causing two fatalities.

The explosion occurred at Watson Grinding and Manufacturing and Watson Valve Services, Inc. located at 4525 Gessner Road in Houston, Texas. The company’s owner has already admitted that the explosion was caused by a propylene gas leak from a 2,000-gallon tank.

Kwok Daniel LLP currently represents multiple families whose homes were destroyed by this explosion. Among these families is the Rigoberto Miranda family, who awoke to their ceiling falling in on them while they slept. Their home is completely devastated, as it was moved six inches off its foundation.

“Some may be critical of attorneys moving so quickly to preserve evidence and help families who are now homeless.  But we all learned our lesson in Harvey, the insurance company will likely put up a fight and undervalue properties. That’s why our focus will be on getting our clients full value for their homes," said Kwok.