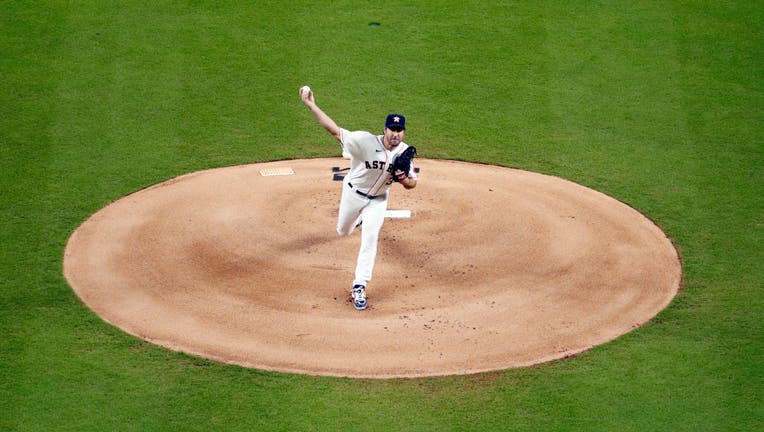 HOUSTON - Reigning AL Cy Young Award winner Justin Verlander has a strained right forearm and will be shut down for at least two weeks.

Astros manager Dusty Baker announced the injury after Houston’s 7-6 loss to the Mariners on Sunday.

Baker denied a report that said the injury would end Verlander’s season. He said Verlander would be evaluated after two weeks.

The 37-year-old Verlander had groin surgery in March but recovered in time to pitch for the Astros on opening day Friday with the season delayed because of the coronavirus pandemic.

Baker said Verlander felt “tenderness” in his arm during his start on Friday, where he pitched six innings and got the win. He had an MRI on Saturday, and now he’ll miss at least roughly a third of this 60-game regular season.