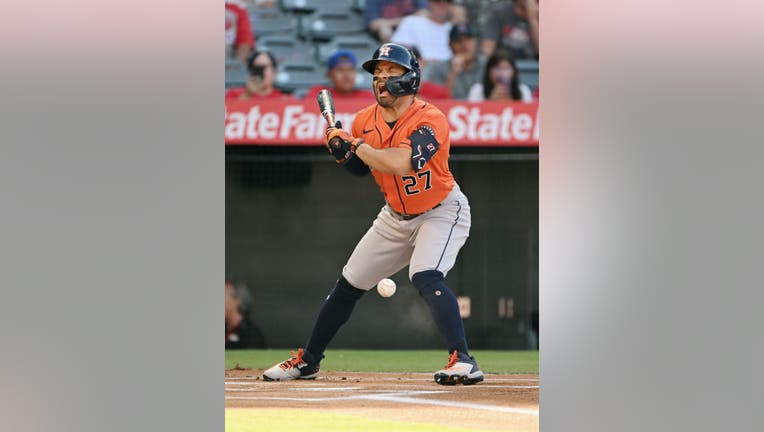 ANAHEIM, CA - JULY 14: Houston Astros second baseman Jose Altuve (27) reacts as he gets hit by the first pitch of the game in the first inning of an MLB baseball game against the Los Angeles Angels played on July 14, 2022 at Angel Stadium in Anaheim,

Altuve, an eight-time All-Star who was selected as a starter in fan voting, was struck on the left knee leading off Thursday’s game against the Los Angeles Angels. He was kept out of the lineup Friday night.

MLB announced Saturday that Altuve is being replaced in the starting lineup by Cleveland’s Andrés Giménez, who is making his first appearance. Toronto’s Santiago Espinal will replace Altuve on the AL roster. 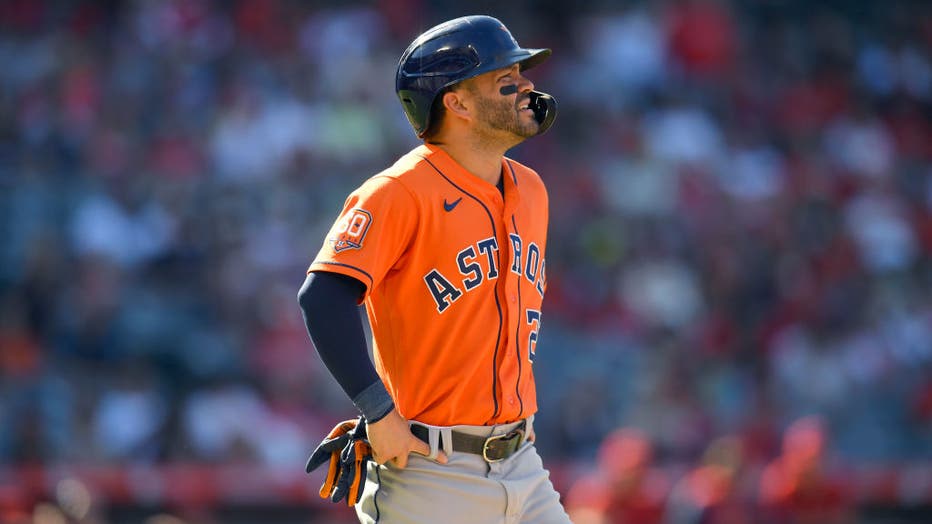 ANAHEIM, CA - JULY 14: Jose Altuve #27 of the Houston Astros walks to first base after being hit by a pitch from Reid Detmers of the Los Angeles Angels in the first inning at Angel Stadium of Anaheim on July 14, 2022 in Anaheim, California. (Photo by

Dodgers pitcher Tyler Anderson is taking the place of Rodon on the NL roster, LA said in a news release. It wasn’t immediately clear why Rodon isn’t playing in the All-Star Game. Anderson is 10-1 with a 2.96 ERA in 17 games, with 81 strikeouts.

Atlanta third baseman Austin Riley, who has 100 hits and a .913 OPS this season, will replace Arenado on the NL team.

Altuve said of his knee on Saturday that he was "waiting to see how it responded today and I think we all agree that we’re making the best decision." He also said "I don’t think we’re going to go" when asked if he was going to go to LA, adding "we’re going to do some treatment and get ready for the second half."