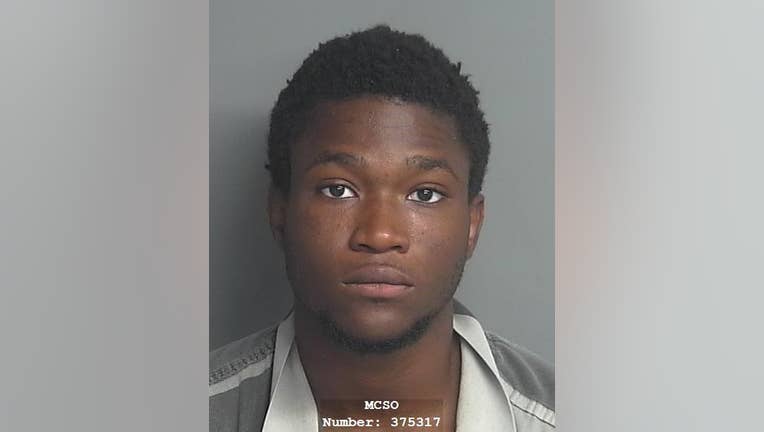 THE WOODLANDS, Texas - The Montgomery County Sheriff's Office have made an arrest in connection of the death of two students from The Woodlands.

Back on May 5, deputies with the Montgomery County Sheriff's Office were dispatched to a home on Stanwick Place in The Woodlands in reference to a double death investigation.

When deputies arrived, the identified the two victims as Gregory Blodgett, 17, and Irene Sunderland, 18, both seniors at The Woodland High School.

Authorities said during the investigation, it was believed the two students died from a drug overdose, but were unable to confirm until a complete forensic autopsy and toxicology had been completed.

The results of the toxicology showed the presence of fentanyl.

Based on the investigation, detectives arrested Abdulbaaith Adewale, 19, for two charges of manufacture or delivery of controlled substance causing death or serious bodily injury.

Sheriff Rand Henderson said, "This is an example of the recent law passed by the Texas Legislature that allows us to charge those who provide illegal narcotics that cause the death of our citizens. Let this be a warning to those who sell illicit narcotics: Montgomery County Law Enforcement is committed to finding you and holding you accountable not only for the selling of illicit narcotics but for the deaths that occur."

The investigation into the case remains active.