A two-judge majority of a three-judge panel on the Fifth Circuit said the secretary of state is not the right person to sue. You have to go down to the county-level officials, somebody that’s more hands-on with doing the ballot.

DALLAS - A victory for Texas against three lawsuits challenging the constitutionality of voting laws that eliminated straight-ticket voting and brought changes to the mail-in ballot process.

The federal lawsuits targeted the state's chief elections officer: the secretary of state.

In a split decision, a three-judge panel at the Fifth Circuit Court of Appeals said in these cases the secretary of state could not be sued. It’s a ruling that could ripple across other constitutional issues.

A two-judge majority of a three-judge panel on the Fifth Circuit said the secretary of state is not the right person to sue. You have to go down to the county-level officials, somebody that’s more hands-on with doing the ballot.

Justices Stuart Kyle Duncan and Don Willett, who were appointed by President Donald Trump, wrote the majority opinion in two challenges around mail-in ballots and the lawsuit challenging the ban on straight-ticket voting. 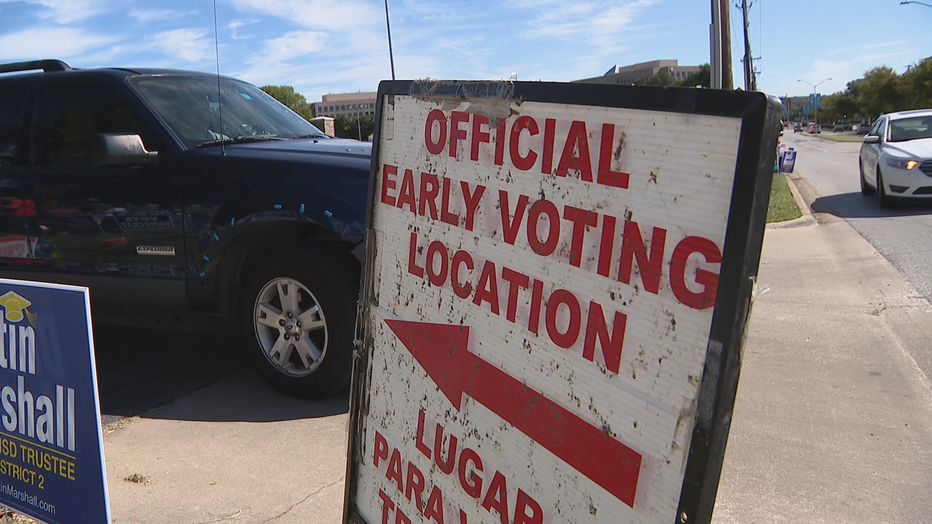 "There was a vigorous dissent by a 40- year veteran of the appellate bench who said this changes the rules about who you can and cannot sue in federal court to vindicate our federal rights," he said. "There's only one secretary of state. There's 254 counties in Texas, and so just automatically that makes it harder."

The split-ruling said Secretary of State John Scott implements, but does not enforce, the voting laws.

I.A. Bedford IV is a voting rights attorney and the grandson of a civil rights lawyer and the first Black judge in Dallas County.

"That was one of the reasons why they ended up saying the secretary of state was able to have sovereign immunity and couldn’t necessarily be challenged," he said. "It puts everyone in a position where we need to find different doors to open."

"It puts us in a position where we have to find different ways to challenge these laws rather than using some of the old previously used challenges," he said.

But the ruling is a change that could impact other constitutional questions.

"Every time you do that in one kind of case, it necessarily affects the rules in all civil rights cases," Coale said. "That’s a change that's taking place here at the Fifth Circuit. It’s taking place at the Supreme Court, really taking place across the country as the federal courts are showing the effects of the more conservative judges that were appointed during the Trump administration."

There's been no word from the groups who brought the lawsuits or the state since the Fifth Circuit's ruling.