FOX 26 Houston sat down with Deneice Leigh, founder, and chairman of the Anime Matsuri convention in Houston, which is holding its annual event this weekend at the George R. Brown Convention Center.

HOUSTON - If you see some folks walking around downtown Houston this weekend, decked out in cosplay gear, don’t be alarmed – it’s just an Anime convention!

Known as Anime Matsuri (AM) the event will be held for about four days from Thursday, July 8 – Sunday, July 11th at the George R. Brown Convention Center.

According to Deneice Leigh, AM’s Founder and Chairman for the Houston chapter, it's one of the largest events on Japanese and Pop Culture that has been around for 15 years. In addition to people traveling from across the world for this convention, hundreds of local residents are expected to attend, including Houston Mayor Sylvester Turner, who has appeared in costume before. 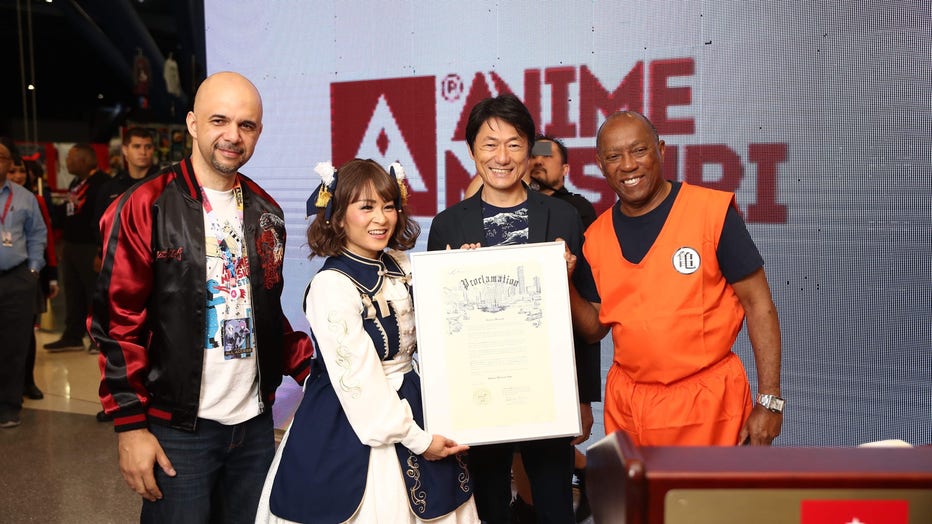 This weekend, Anime fans will look forward to showing off their creativity with cosplay costumes, getting to meet talented artists and creators from some of their favorite programs but when asked, Leigh says attendees may be excited overall to just be back amongst like-minded enthusiasts.

"I think everything," she said. "We asked this question [what fans are most looking forward to at the convention] in our social media and Instagram stories and whatnot and our fans - everybody has been answering EVERYTHING from cosplay to buying merch[andise] to our Godzilla store…and it's just exciting to see everyone; what planning for this and saving up for it and finally coming together."

Additionally, because organizers were unable to hold a convention last year due to the COVID-19 pandemic, Leigh says fans can expect this weekend’s convention to be bolder and certainly worth the wait.

"We’ve been preparing [for] probably almost 2 years now for this one convention because last year didn’t happen," she said. "What we did for 2020, because we didn’t have a convention is that for anyone that rolled over with us, we gave not just one year worth of the convention but two years."

"We're the only convention that has given two years' worth of rollovers for people that stayed with us," Leigh added. "We really appreciate our fans and really hope that everyone can come out to enjoy a little bit of [a] glimpse of what Japan and pop culture is like."

However, the entire event is not just catered to Anime lovers but to general pop culture and film enthusiasts as well!

"There’s comic-related activities, costumes…whether you’re interested in Disney, Star Wars…Marvel, [or] you’re interested in music and whatnot there’s something for everyone," Leigh explained. "We gave homage this year to games as well and comics and the reason we’re taking that different angle also is [that it highlights] Japanese creators."

She adds the event will be in compliance with state and county guidelines regarding COVID-19 as it's an indoor event, but attendees can also enjoy some outdoor activities. And for those who cannot make it during the day, don’t worry – the fun won’t stop just cause the sun is down.

"One of the biggest highlights I want to say is the debut of our outdoor night festival called the Tenjin Festival," Leigh said. "This is a cultural Festival outside… there are festival games that are similar to the Japan festival but this is our version of it and we’re also including a Japanese beer garden this year outside on Discovery Green Park across the street from our convention center, where we’re hosting the convention that’s not an Anime Matsuri badge exclusive, so it is open to the public; so we’re very excited about that." 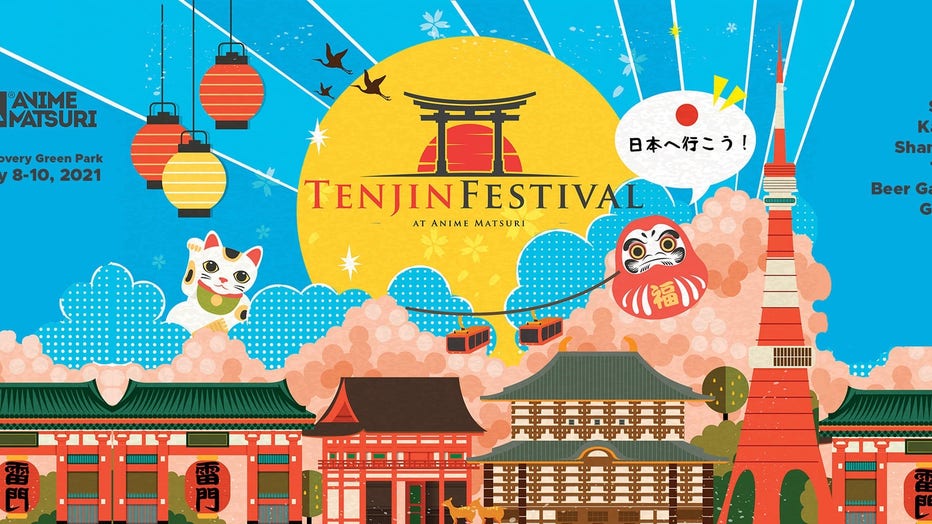 To learn more about the convention, visit their website. You may also check out their social media pages as well as their app.