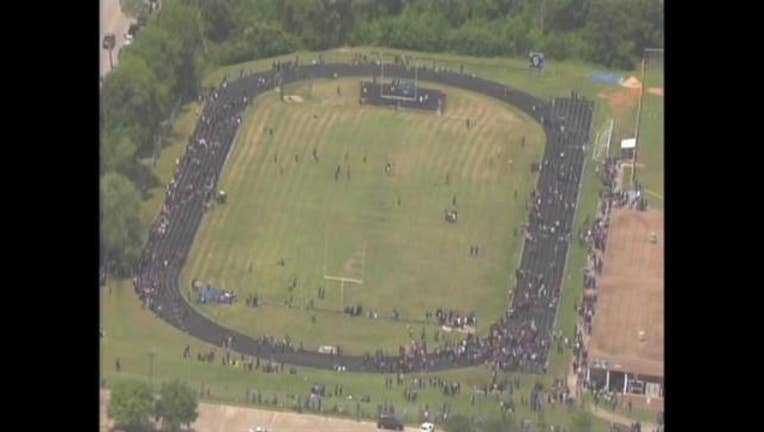 A scare among students at Cesar Chavez High School as they were forced to evacuate from the campus.

The students were moved the to track grounds of the southeast Houston campus until the 'all clear' was given on Friday afternoon.