A puppy is newest member of Wisconsin hockey team

Footage released by the Admirals shows the pup, decked out in a team hoodie, scooting a puck around the ice.

Charlie Larson, the vice president of communications for the Admirals, said the team adopted Bender from the Humane Animal Welfare Society because they wanted to raise awareness about what shelters do for animals. 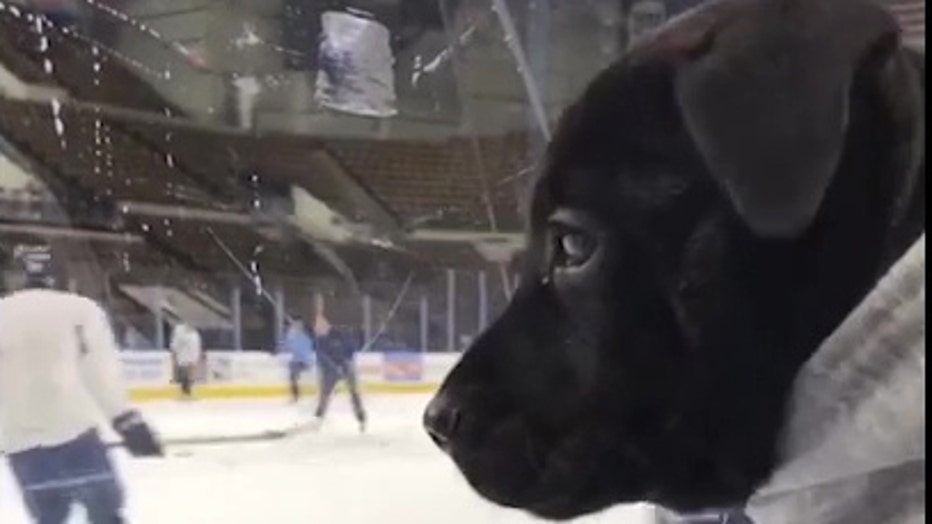 Larson said the team sought out a pit bull mix because they wanted to take him into schools when he’s older and educate children about the breed in an attempt to dispel the bad reputation surrounding the dogs.

According to Larson, Bender lives full-time with the new-media coordinator, but will come to the rink for game days.

An article in the Milwaukee Journal Sentinel stated that the name Bender was inspired by the knees-bent-in posture seen in many beginning skaters.