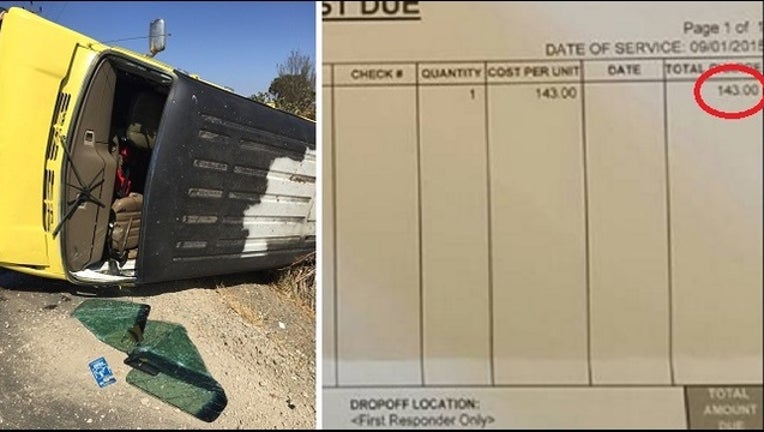 (FOX NEWS) - A California man who helped free a family trapped in a van after a rollover crash received a reward for his good deed: a $143 bill.

It all started when Derrick DeAnda came upon the vehicle laying on its side, with a father and his three children stuck inside.

DeAnda heroically broke the windshield to free them before first responders arrived.

He said he was shocked when he later received a bill in the mail from the Cosumnes Community Services District.

Get the full story at Fox News.