Watching the Astros is a family affair

FOX 26 Reporter Sherman Desselle spoke with family members about their love and devotion for the Houston Astros.

HOUSTON - Kuno Martinez would normally watch the Astros games at home with his family, but he's not missing the chance to see a World Series live with his Dad - well-known Tejano artist Roel Martinez.

Roel introduced his son to the Astros when he was a young boy.

"He called me in one time to his room and told me to look at the batter," says Martinez. "I just see Bagwell in his batting stance, and I was hooked from there."

Years later, the Laredo man seized the opportunity to attend a championship game with his father. This week, he surprised him with a ticket to Game 1 of the 2022 games at Minute Maid Park.

"I told him, 'what are you gonna wear? He's like, For what? I showed him my iPhone. He's like, Yeah, two tickets. I say, yeah. World Series. And he's like, "No!" says Martinez. "He could not believe it. He was so excited." 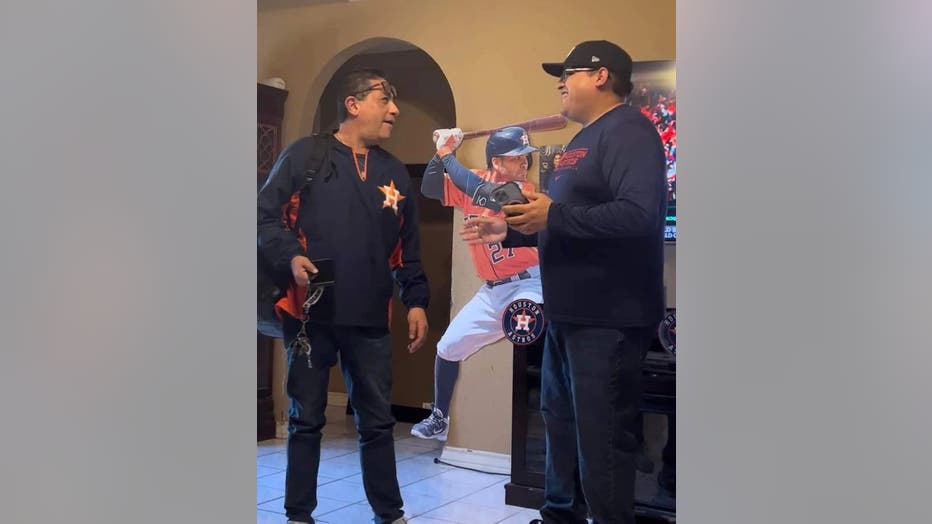 Kuno says this early birthday gift also serves as a way to show appreciation for everything he's done for the family.

"My dad was a performer growing up, so he was out almost every weekend. He stopped that to stay home with us more, and he supported me through my sports. Baseball and football, and he was there every game. Never missed one. So this is my thank you to him," says Martinez.

He now has a family of his own and shares his love of the Astros with his two-year-old daughter.

"She sees them on the TV, and she goes crazy. She'll scream when she sees Jeremy Pena and Orbit on the TV. Hopefully, I can also take her one day," he says. 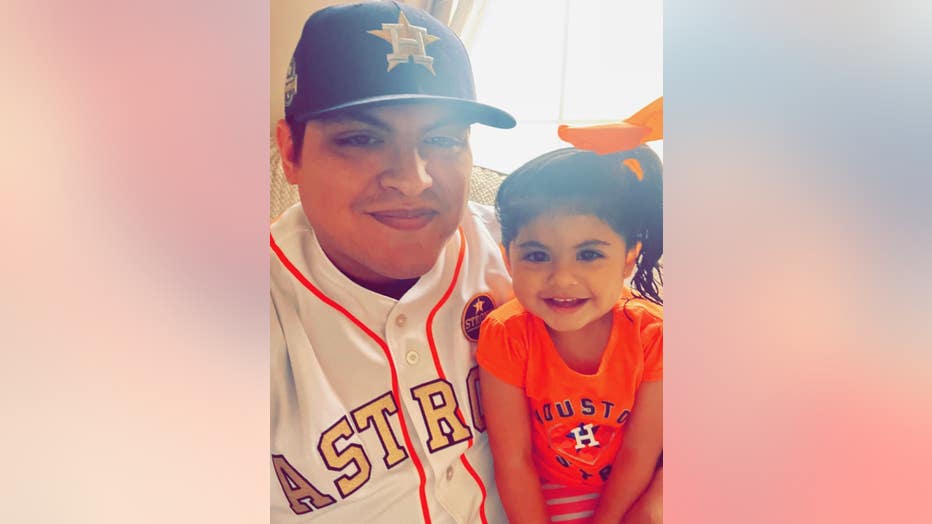 Kuno Martinez enjoying an Astros game with his two-year-old daughter.

One Astros super fan from the San Antonio area is already seizing that moment with his young child. Norman Jackson will have his 18-month-old, Dallas, in his lap for Game 2 at the Juice Box.

"He probably says six or seven words, and one of them is "Astros," says Jackson. "This one's not about catching the entire game, but the experience of taking him." 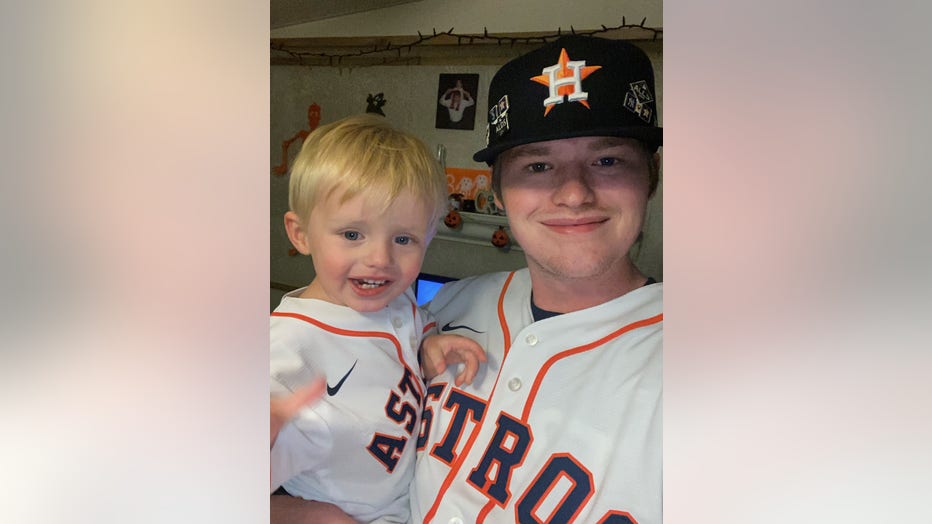 "To anyone who's thinking of buying them, I would say, do it," says Jackson. "The memories you're going to make at the game are going to outweigh any type of other things weighing it down."

Both Martinez and Jackson predict the Astros will win the World Series in six games.