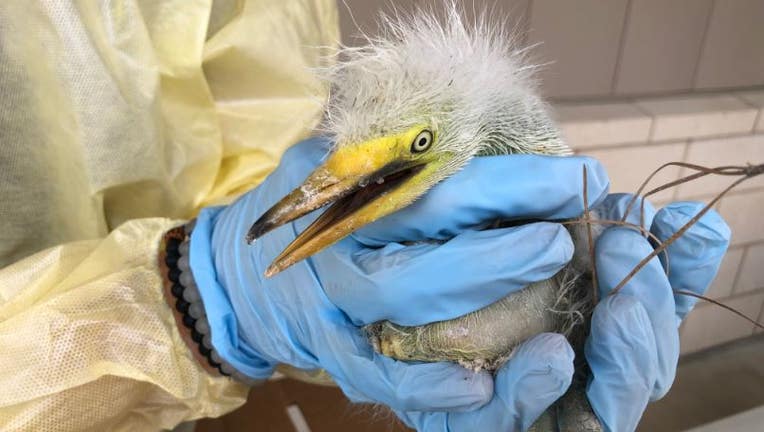 HOUSTON - The Houston SPCA Wildlife Center of Texas team rescued over 70 animals who were injured and/or orphaned.

According to a release, the team was called out to a scene on Friday where they found scores of injured and/or orphaned juvenile Great Blue Herons and Great Egrets.

They were discovered with broken wings, mangled legs, and internal injuries after their nesting area had been destroyed. Officials said dozens of others were found dead.

In all, the Houston SPCA Wildlife Center rescued 71 vulnerable baby birds from the property, including several who were found alive inside a trash bag that also contained several dead birds.

We're told the Texas Parks and Wildlife Department is conducting an ongoing investigation.

The young birds are in the care of the Houston SPCA Wildlife Center of Texas’ veterinarians and expert wildlife staff where they are being closely monitored and receiving medical care. The birds will remain in their care until they can be released back to the wild.