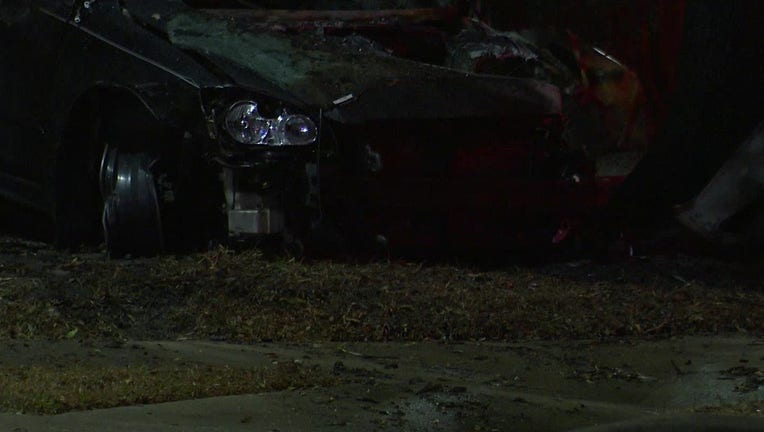 The crash occurred in the 5700 block of the Will Clayton Parkway near Lee Road around 12:30 a.m.

Police say four people, all who appear to be adults, suffered severe burns and died at the scene.

According to police, the car was traveling at a high rate of speed when it sideswiped another car, veered off of the roadway, and crashed into a tree.

The car caught on fire, and all four people inside died, police say.

Authorities say the driver in the car that got sideswiped was not injured.

Will Clayton Parkway was shut down for the hours-long investigation, but traffic is once again moving through the area.